Located in the north pole of this beloved planet, arctic ocean  is so cold that it is even called as the sea of ice or the white sea. Big part of the ocean around this area is indeed covered with thick ice, and that’s the reason why not many people are exploring it.

Not only because the temperature is so cold, but to fully explore the ocean we have to encounter icebergs. We know that icebergs are dangerous for boats and ships from the movie Titanic, if we hit them the ships will sink.

But humans are made to be curious, and the more mystery that something has, the more we want to unravel it. A National Geographic explorer, Viktor Lyagushkin, decided to witness what happens under the icy sea and what creatures are living beneath the ice. And here in this article we are going to retell the story that Lyagushkin told. 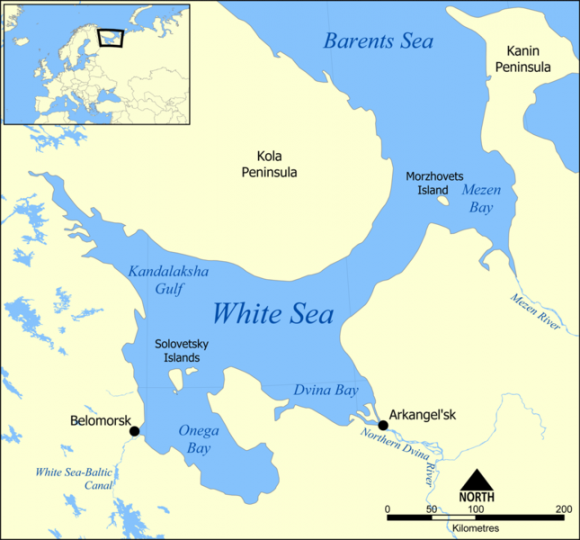 To explore the vast Arctic Circle area, Lyagushkin needed a starting point, and the White Sea northwest of Russia was the one he chose. There, he dug up a hole in the frozen water to take a peek of what’s under the thick ice cover.

Although the area is famous of its blinding white view up on the surface, but underwater it gave a different view. He described it as a dramatic and otherworldly, since apparently the color of the water is green.

The reason is abundant phytoplankton population living in the water. It fed his curiosity that he spent three hours a day for 28 days in April 2018 to photograph otherworldly creatures living in beneath the freezing water.

Even though it is hard for us to notice the richness of Arctic area up on the surface, as well as below the freezing water surface without proper equipment, but Lyagushkin was able to capture it. Of course it was a demanding task to do, since ice diving demands careful attention to safety.

The temperature of water in White Sea is below freezing temperature. That’s why once exposed to the air, it freezes instantly. This is also the reason why many creatures that can’t be found in any other part of the world live here. 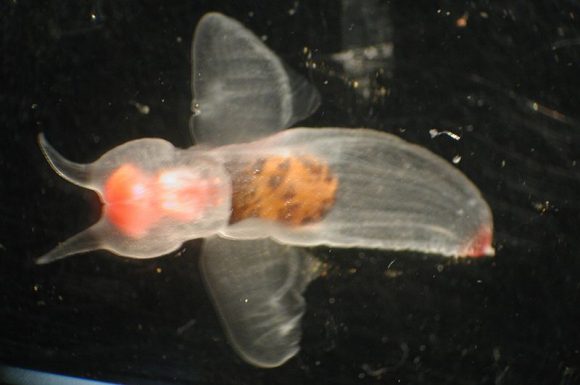 Diving in water with freezing temperature comes with huge risks. Lyagushkin was exposed to threats such as frostbite, hypothermia, regulator freezing, entrapment by moving ice underwater, and other non-freezing injuries.

But the risks came with unbelievable rewards, many beautiful creatures said hello to Lyagushkin as he visited them. One of them was a sea angel or Clione limacina. “It’s a great joy to shoot sea angels,” he said.

Let alone how they move, by flapping those appendages just like a fish swimming with its fins, they seem like ‘flying’ in the water. Reaching only about 5 centimeters long, this creature is a good swimmer (or flier).

They can flap their ‘wings’ at 1-3 hertz, and swim with the speed of up to 100 milimeters/second. Although this creature has wide geographic range, but most of them live under the sea of ice in polar areas. This is why Lyagushkin considered his encounter with this creature special.

Lyagushkin indeed met so many creatures that cannot be found in any other places, including the sea angels. Most of those creatures look ethereal, more like a spiritual beings or aliens than mere marine animals.

In example, skeleton shrimp looks more like a centipede crossbreeding with seaweed than a shrimp. While stalked jellyfish doesn’t look like normal jellyfish we know, but more like a wild flower growing in the bottom of the ocean.

Another creature that Lyagushkin found strange was a bent soft coral laying on ocean floor. He even consulted with Mikhail Safonov, the founder and managing director of the Arctic Circle PADI Dive Centre and Lodge about the appearance of that coral to find out that the coral might have weird appearance caused by underwater current.

But weird creatures was not the only thing worth life-risking, Lyagushkin also witnessed a rare occurrence while ice diving. He saw a sublime underwater snowfall, a condition when snow fell into the water through holes on ice but unable to melt in subfreezing water. 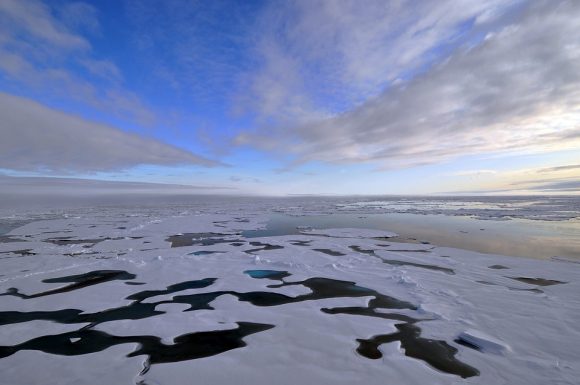 The point of Lyagushkin’s work in the freezing area is to introduce the beauty of those almost-mythical creatures to the rest of the world. We still know very little about the richness of underwater ecosystem in Arctic areas up until now, but they are already under a threat.

Under the threat of global warming, many creatures living in Arctic circle are perishing before we can learn more about them. Starting from smallest animals at the bottom of Arctic food chains, bigger animals on the surface are under the same threat.

The evidence can be seen from how ice diving season in Arctic areas becomes shorter and shorter in the past decade. “It would be insulting to the species of the Arctic Ocean if we don’t find the time to study them and photograph them,” he said.

He said that he has experienced the loss himself when he tried to photograph jellyfish last year. Lyagushkin had to make a trip to Arctic circle in a cold September to do that, but he came to a huge disappointment since the jellyfish he wanted to record in frame already died due to extremely hot summer.

Both of our planet’s poles are the firsts to be impacted by global warming. And if we don’t do anything to stop our earth from getting warmer and warmer, we might lose every creature on earth, starting from those beautiful creatures living in both poles.

The Fluffy, Mostly White, Dangerous, and Wonderful Wild Animals of the Arctic

These Polar Bears Tried To Send Us A Message