You are here: Home / The Species / Arctic Fox, The Furry Gardener From Northern Tundra

Arctic fox (Vulpes lagopus), is maybe one of the most exotic animals on earth. Like its name, this carnivore is native to arctic regions of northern hemisphere. Arctic fox is famous for its thick and warm fur that also works as a camouflage in the wild.

It usually preys on smaller creatures like ringed seal pups, seabirds, lemmings, voles, and others.  In some regions of arctic, this kind of fox is also a prey for larger animals. The natural predators of arctic fox are such as red fox, golden eagles, wolves, grizzly bears, and wolverines.

Although it is famous as a carnivore, sometimes the fox also eats berries, seaweed, and insects. The various diets of arctic fox are actually a great help to the nature, especially plants ecosystem in the tundra where they live in. How can a carnivore be beneficial to the plants? 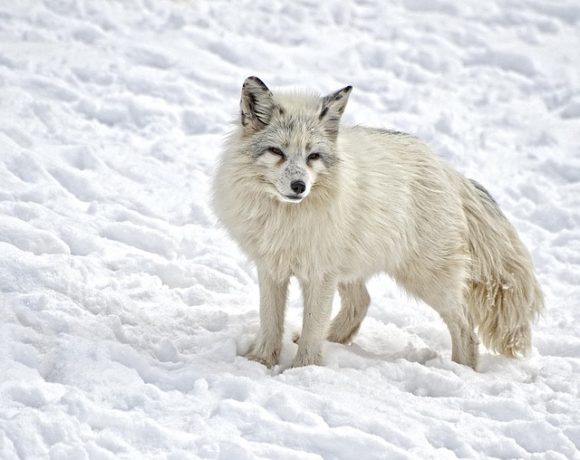 Arctic fox is a survivor of arctic area tundra where vegetations and animals are pretty rare compared to other habitats. Not only that, the temperature range is also extreme, where the difference between external and the animal’s internal core can reach up to 100 degrees Celsius.

To minimize the heat loss, where they cannot get abundant foods to be consumed, they often simply curl up their bodies. The arctic foxes are also known to avoid being exposed to arctic cold winds by getting cover or just stay inside their dens.

This animal never hibernates and that’s why arctic foxes can be found all time of the year. The peak of their lives usually comes in Spring, where they find mates to reproduce and build their dens. And here we especially talk about their wonderful dens.

Have you seen the appearance of arctic foxes’ dens? You might be surprised if you have seen one. The dens are complex in the inside and beautiful on the outside. On the inside, the dens are usually covering as much as 1000 meters square with complex system of tunnels.

While on the outside, the dens are visually adorable. Usually located in the middle of a tundra, the dens will attract your attention with its far greener color. Indeed, around the dens various kinds of vegetation are growing and we can even say that this is a small ecosystem. 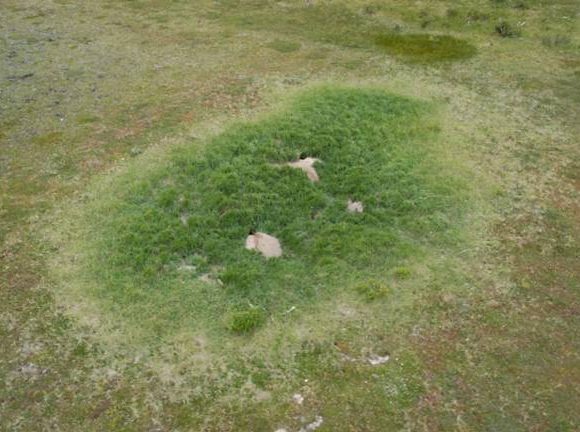 The title of ‘natural gardener’ is not only given to big herbivores like elephants and tapirs. Every creature and organism on earth were made to be the attendance of the earth. The prove is, a small carnivore like arctic fox can also earn that title too, and indeed arctic fox belongs to one of them.

A loss or addition of a single species to the prone ecosystems, there will be massive changes there. And this would be a rolling snowball effect that may bring bigger effect to the rest of the world. While the works of arctic foxes can give a little but important help to the tundra ecosystem.

“It’s really striking. You can see these dens in August as a bright green spot from a kilometer away. “It’s such a dramatic contrast between the bright, green vegetation around the dens and the tundra around it,” said University of Manitoba biologist James Roth quoted from CBC News.

And in addition, the distribution of arctic foxes on earth include wide range of areas from Greenland to Canada. It means that many tundra areas on the northern hemisphere are being positively affected with the presence of this species. 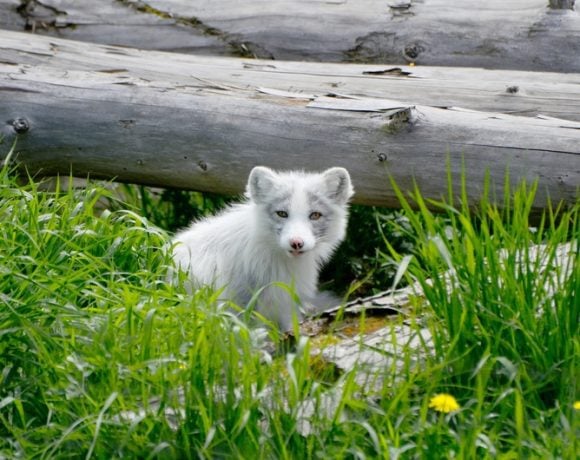 Around the small areas of arctic fox dens, we can find groups of wildflowers, dune grasses, and willows that usually grow separately on the tundra.  The denser vegetation around fox’s dens then attract other animals to live there, especially plant eaters, and creating a new smaller ecosystem in the tundra.

You have identified the work, but how do they do such thing? Vegetations growing around the arctic fox dens are actually the result of their organic wastes. The organic wastes function as natural fertilizer for vegetations in the area, making the soil up to three times more fertile than the surroundings.

The ‘green’ dens are actually their needs to survive, but indirectly building such dens is also helping them. Some of those plant eating animals are smaller animals that the foxes prey on. So, not only giving help to the nature, they are also giving help to themselves to find foods.

In addition, the carcass of the preys will also work as fertilizer for the land in two ways. The first is being decomposed naturally by microbes. The second is by being scavenged by other animals like polar bears, gulls, ravens, and wolves which then contributes its urine and feces for the soil fertilizer.

And the cycle of consumption and contributions keeps on repeating, making the green area more and more fertile and dense. By giving such positive impact to the environment just by building and living in their dens, scientists are calling arctic foxes as ‘ecosystem engineers’. 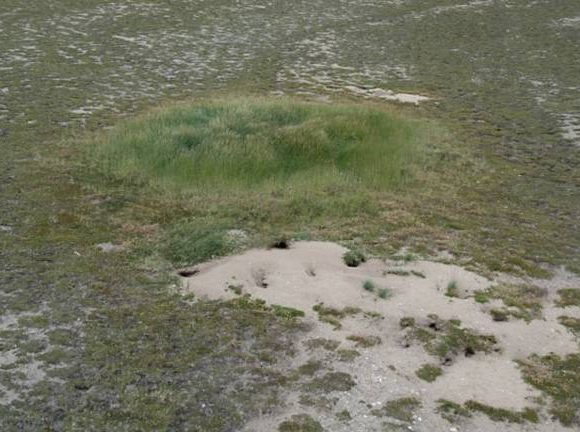 Actually, the purpose of building the dens are not to build a forest like what Jadav Payeng did. They essentially build well-established dens in order to protect the pups from harsh climate of arctic and predators that prey on the pups.

But building a well-established den on tundra areas is time and energy consuming works to do. That’s why the dens are usually inherited through generations. Scientists even found about 100 fox dens that may be hundreds of years old in Hudson Bay.

By reusing their dens over many generations, the foxes can cherish the beautiful ecosystem for a long time and even expand the effects. That’s why the presence of arctic fox is important in keeping the biodiversity of tundra ecosystem.

The foxes are also known least likely to travel around outside their home range. Nomad-ism is only found in less than 4% of the entire arctic fox population and commonly known to happen when the foxes age. Thus, they can keep the wastes and carcasses of them keep fertilizing the dens area.