You are here: Home / The Species / Getting Closer With One Of The Most Ancient Plants: Ferns

Fern is a group of plants that can be found all over the world. Ferns are one of the oldest plants ever grown on earth, along with mosses. This kind of plant have inhabited earth about 200 million years before the first dinosaur ever hatched from its eggs.

Different from mosses that mainly have no certain tissue to conduct water and nutrients, ferns even have branches like any other modern plants we see nowadays. Because of that, this plant has been the main source of nutrients for herbivore dinosaurs all along the time.

If you see a fern, you might easily notice it since usually ferns have unique characteristic from its physical appearance. One of the easiest part to notice is their leaves, which is shaped in particular way that’s different from any other kinds of plants.

Well, they grow such unique leaves because they have their own reasons. Mainly, that’s how they evolved to adapt to the environment. And with this physical evolution, they are said to be one of the greatest and the most ancient survivors on earth.

Imagine it, this plant has survived the worst conditions ever happened on earth. They survived the meteor crash that killed the dinosaurs, and they also survived the extreme temperature of ancient global warming and ice age. 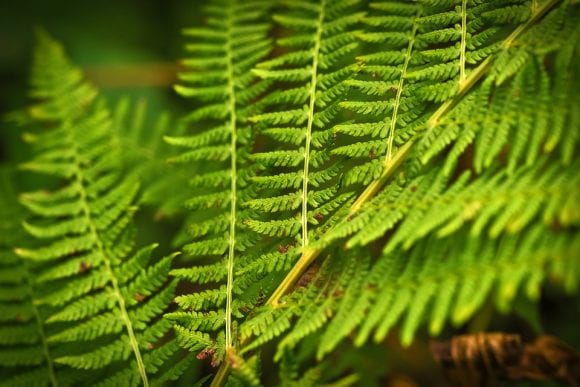 There are at least four main types of habitats where ferns usually grow, which are moist places, shady forests, cracks in rocks that’s sheltered from the sun, acid wetlands, and tropical trees. But that doesn’t mean that ferns cannot endure living in more complicated places.

Their survivability is on another level compared to other kinds of plants, since they have evolved in such way to be able to survive the extremeness of meteor crash, global warming, and ice age. Nowadays, ferns can be found in almost any part of the world.

Anywhere you go, you can find them growing, and if you cannot, it means that you are not exploring enough. Ferns can be found in remote mountain elevations, in the forest, driest deserts, water bodies, and even open fields.

The stereotype about they can only grow in moist and shady area is basically because there is no other plant is growing next to them. In fact, ferns are known to be able to grow in marginal habitats where other plants just can’t. 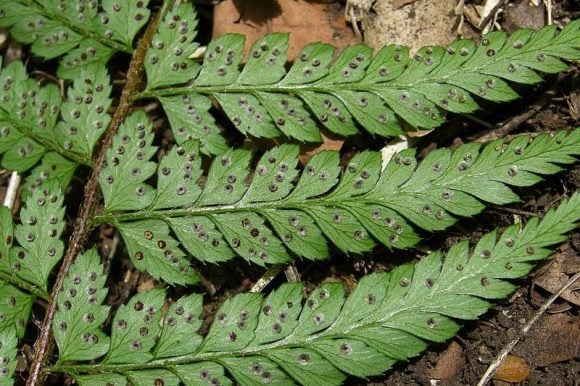 Living in places where other plants may not be able to grow, ferns obviously have different kind of reproduction process. Well, it makes sense though, pollinators like the butterflies and the bees may not be able to help them in pollination in such places like the cracks of rocks or mountain elevations.

That’s why, they just choose the most ancient, yet successful, method for reproduction: spores. Spores are small structures, almost seem like dust or powder, that have the ability to transport genetic materials needed for reproduction.

Usually the spores lay on top of the leaves, or in ferns it is called fronds. However, not all fronds have spores. The reason is because those fronds have different important functions for the ferns and both are needed to support the longevity of the individuals.

The spore-less fronds are called trophophylls, and the function is to do photosynthesis and produce sugars like most of other plants’ fronds. While the fronds that contain spores are called sporophylls. In most ferns, the shape of both fronds is pretty similar. 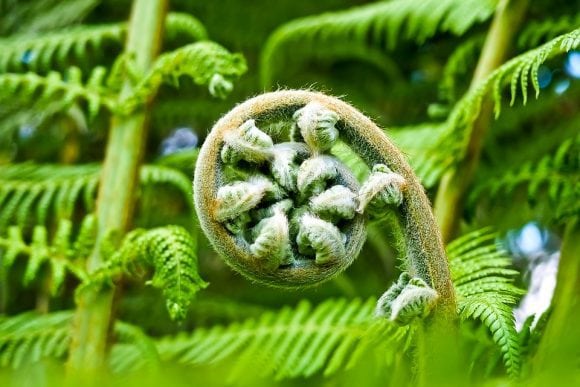 Not only having to kinds of fronds, ferns also require two generations to complete its life cycle, this is called alternation of generation. The spores of ferns are not directly growing into adult plants, or like the ferns we usually find out there.

The haploid generations are particularly smaller than the adult plants and look more like little heart-shaped plantlet. These haploids are each producing ‘sperms’ and ‘eggs’ based on the chromosome set they contain.

To meet each other, the sperm needs a water medium to swim to the egg. And once it is fulfilled, and the sperm meets the egg, the fertilization process begins. The result is the zygote of adult plant or the ferns as we usually know it.

If you think the alternation of generation method is too complicated for such simple plant, actually ferns also have another way to reproduce. In fact, ferns are also able to do asexual reproduction too with many methods.

Uniquely, the asexual reproduction is usually done when the ferns are facing hard times to do the normal reproduction. It means that instead of giving in to the condition, they have their own ways to maintain the species.

The first method is apogamy, where sporophyte grows into gametophyte without any fertilization needed. The reason this asexual reproduction happens is usually because of the surrounding environment is too dry.

Ferns can also reproduce by developing ‘baby’ ferns at the tip of their fronds. As time goes, the baby grows bigger and heavier, making the fronds are bowing down to the earth and make the baby ferns separated from the mama.

They can also reproduce using their rhizomes (root-like structure of the ferns). The rhizomes may spread through the soil and sprout baby ferns identical to their parents. In both method, the ferns can skip a lot of hard work to reproduce, although the plants they produce will be similar to the parents, meaning there is no development in immunity from new threats.