You are here: Home / Uncategorized / Just Like California, Arctic Is Burning Too Because Of Climate Change

We have seen how climate change can cause such massive wildfire in California. Of course, that’s a great warning for all of us to realize that climate change is real and it is happening today. And for you who still don’t believe or deny about climate change, we have another proof you cannot deny.

This proof might be something you cannot believe is real, because it happens in the least expected place. What is it? As today, just like California, Arctic is burning too. Yes, the very part of our north pole is currently burning.

How can the area we know as one of the coldest parts of this planet burn? What are the impacts of this phenomenon to the ecosystem around there? What should be done to extinguish the fire, and to prevent future fire?

Here in this article we will try to answer all of those questions.

The Melt Of Ice 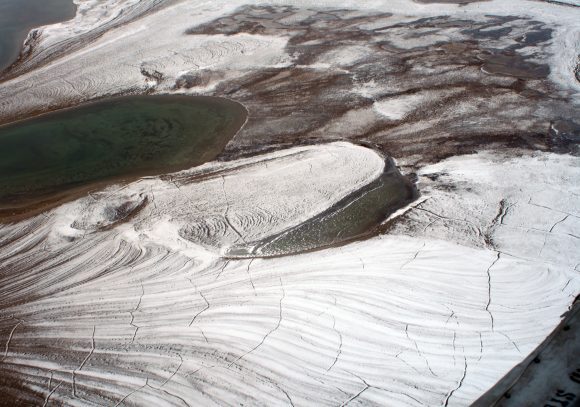 Talking about Arctic, what comes to your minds might a vast cold region full of icebergs and ice sheets at the northern part of the planet. The problem is, rising temperature caused by climate change is erasing such view today and replacing it with something you would never think of.

Wildfire is burning parts of Arctic area today. Parts of Siberia, Greenland, and Canada are actually flaming, and its smoke can even be seen from space. Satellite images harvested by experts at the Copernicus Atmosphere Monitoring Service (Cams) are the exhibits.

Of course, the flame doesn’t burn on ice, because ice is basically water. The flame is burning on dry vegetation from beneath ice cover which was revealed after with its melt. Extreme heatwave in Arctic area is the reason for this melt, and basically the spark that started wildfire.

The temperature in Arctic area reached 100 degrees Fahrenheit in June 2020, which is slightly warmer than daily temperature in the equator. Rising temperature not only revealed hidden greens hidden under ice, but also made them dry enough to be flammable.

Assisted by strong winds in the area, this Arctic wildfire is now at “unprecedented levels,” said Mark Parrington, a wildfires expert at the Copernicus Atmosphere Monitoring Service. It causes cloud of smoke to billow across Siberia.

The Reveal Of Green 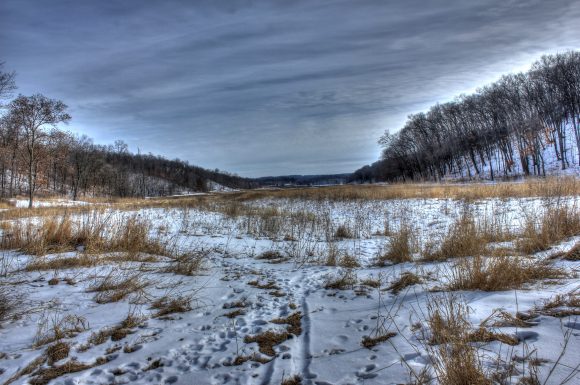 The problem with this wildfire in Arctic is, many parts of burnt tundra used to be hidden under permafrost. Permafrost is areas of ice that should permanently be frozen in ice, in any circumstances. But with this thawing, we know that we have lost the ‘perma’ in that permafrost.

More than 100 spots have burned in Arctic area since June 2020, making this year’s fire is the worst ever recorded in history. The wildfire has released more carbon to the atmosphere during the first half of this year than Cuba.

Even researchers who know really well about the melt and frost cycle of Arctic area are surprised with this development. “Obviously it’s concerning. We really hadn’t expected to see these levels of wildfires yet,” Parrington said to BBC.

Experts predicted that thawed permafrost is going to be hard to go back into its permanent frozen state after this year. Not only because it has once melted, but also because this planet’s temperature is not showing any sign to cool down in short future.

It means, next year we can expect more greenery in Arctic tundra area and less ice. The melt of Arctic ice both on land and in the ocean means we can also expect rising ocean surface. These are clear signs of climate change we cannot deny.

The Spark Of Fire In Arctic 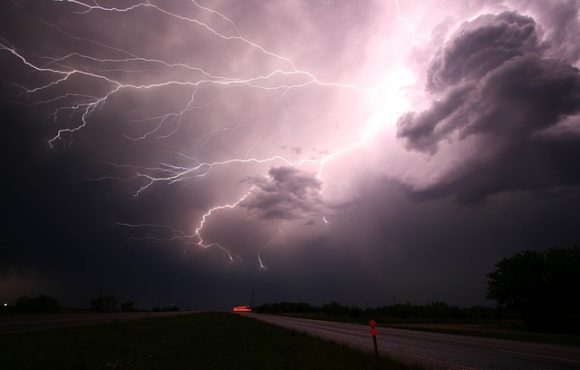 So, what’s actually caused the fire? We might consider the melt of ice is something to be expected with the warming of this planet, but how did it become such disastrous condition that even Arctic area is engulfed in flames and smoke?

During 2012 to 2018, only three recorded lightning strike ever happened in latitude above 85th degree. But with the warming of Arctic area, in addition to moisture contributed by melted ice, it is now possible to happen.

The lightning was predicted to strike on peatlands and started the initial spark. Arctic area contains vast region of peatlands which used to be permafrost. But again, the thawing has changed everything and now both components have resulted in biggest burn in Arctic area ever recorded in history.

“We know that temperatures in the Arctic have been increasing at a faster rate than the global average, and warmer-drier conditions will provide the right conditions for fires to grow when they have started,” Parrington explained. 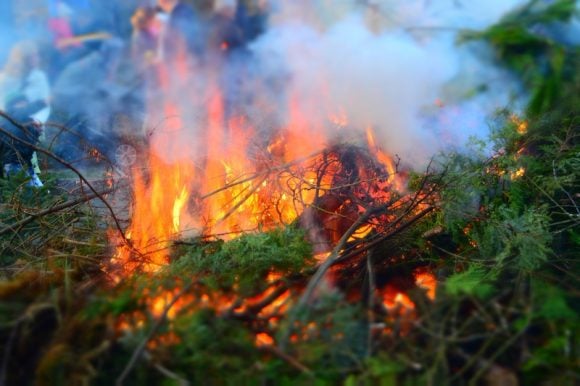 Arctic wildfire this year is not something strange, though. It is very seasonal and usually happens during the hottest days in Arctic. But this year’s fire is worrying enough that many experts consider it may lead to further disasters in the future.

“The destruction of peat by fire is troubling for so many reasons. As the fires burn off the top layers of peat, the permafrost depth may deepen, further oxidizing the underlying peat,” said Dorothy Peteet, senior research scientist at NASA’s Goddard Institute for Space Studies in New York.

In addition to that, the fire released huge amount of carbon and methane which will definitely worsen our atmospheric condition. Around 244 megatons of carbon have been released to the atmosphere, according to Corpernicus.

In response to the burning, each responsible country has deployed its special firefighting squad to contain visible wildfire. Global News Canada reported that The Chuckegg Creek Fire, which has been burning for three months and destroyed area more than 350,000 hectares, has been contained.

But we still have many more things to do before we can sit back and relax, especially to prevent such thing to happen again in the future. Even though we live far away from Arctic area, we are still responsible for climate change which led to the thawing of permafrost.

So, what can we do at home to prevent such disaster to happen? A lot of things can be done, especially when it comes to reducing our carbon footprints and restoration of earth’s healthy ecosystem.