You are here: Home / The Species / Let’s See How Coronavirus Affects The Life Of Fireflies

During this coronavirus outbreak, only few people talk about this creature called as firefly. Not only because our main attention is focused mainly on the outbreak itself, but also because we can rarely find this creature anywhere around the world.

Firefly, or some people call it as lightning bug, is a creature can only be found in purest places on earth. Not only it should be clear from air and water pollution, the absence of light pollution is another prerequisite for its presence.

But there are some things we want you to know about this creature during this coronavirus outbreak. Mostly, the things we want to tell you are good news. A little clue for your, the bioluminescent beetles silently brings up our hopes during this pandemic.

What is the good news? Keep on reading to find out, because these little fairies in the forest are worth to notice.

More Fireflies Are Going To Attend The Festival

Tennessee’s Great Smoky Mountains National Park has been the venue of firefly festival every year. Thousands of people used to travel there from all around the globe just to attend the festival which is held usually during late May to early June.

In the festival, visitors are visually spoiled with gorgeous lighting show from the lightning bugs. Known as the light show, the once-a-year festival could attract up to 1.200 tourist a night during normal time before coronavirus outbreak.

However, thanks to this year’s situation, travelling to the location is not as easy as it used to be. People are also still not allowed to gather in a big group to prevent the spread of virus. Thus, this year’s festival would be held without visitors. And this is good news for the fireflies.

Without the presence of human visitors, they don’t have to worry about light pollution from camera flash or flashlight. There would not be loud noises too from the small talks that we hate also. And most importantly, they can breed and grow into adult without worries.

A lot of fireflies could not reach the adult stage because people stomp on firefly larvae on the ground. Yes, fireflies spend most of their time on the ground, and many times visitors do not notice the larvae. So, the next year, there seem to be more fireflies attending to the festival. Thanks to this year’s festival being held behind closed door.

Another thing that can happen this year is something that researchers have longed for very long time: synchronized display of fireflies’ mating dance. Thanks to the absence of human disturbance, this year can be the year.

One particular species of firefly that the researchers are paying close attention is snappy syncs (Photuris frontalis) in Congaree National Park, South Carolina. This species is famous for its fast and coordinated light signals they emit from their bioluminescent body parts.

Groups of researchers teamed up together to study this particular phenomenon. This phenomenon is so rare that out of 125 species of fireflies discovered in North America, only the Photuris frontalis are known to show the feature.

“We’re pretty hopeful that it is some of the most natural data we can get in terms of them not being (influenced) by people,” Julie Hayes, a researcher in ecology and computer science at University of Colorado-Boulder, said to National Geographic.

Researchers are planning to study the meaning and reason behind this special synchronization, because one thing we know for sure that every synchronous phenomenon is vital to life. This year might be the only time they get to study it, so let’s just wait for what the researchers find out about this.

The Search For Blue Ghost Fireflies 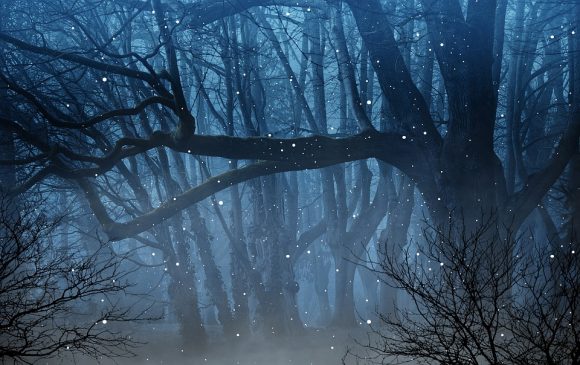 Another news about firefly we are going to talk about is a story of blue ghost during this pandemic. We are not talking about real ghosts (are they even real, though?), or any similar creatures, but one species of firefly that emits bluish light.

During this coronavirus pandemic, any kind of tour to look for the blue ghost, a tour that usually attracts thousands of people, is cancelled. It means the blue ghost now has its own time to enjoy their time away from all disturbances.

One kind of disturbance for this blue firefly includes habitat destruction as the result of people trekking in the area. Layer of leaf litter on the ground is the place where its larvae usually live, while in trekking season people will naturally eliminate the layer with their footsteps.

The cancelation of this tour during coronavirus pandemic might let down many tourists. But upset not, because this is a promise for better season next year or the year after. The blue ghosts are given time to live well, and it will pay off. 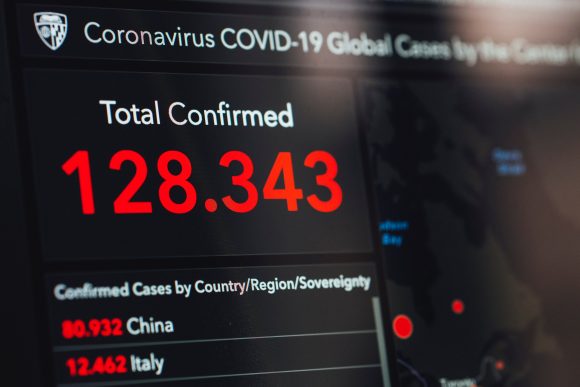 This one might be the best part of this article. Not only it talks about firefly, but also about the cure for coronavirus. Three EU-funded projects LUMABS, ABSENS and SwitchProteinSwitch is now supporting a research to develop antibody-detecting diagnostic inspired by firefly.

How? The researchers said that their method “uses sensor proteins that produce light by performing the same chemical reaction that is used by fireflies”. This study is hosted by Prof. Maarten Merkx from the Eindhoven University of Technology.

“In the presence of the target antibody, the sensor protein changes its structure which changes the color of the light that is emitted from green to blue. The power of this approach is that the test can be done directly in blood, and the signal can be detected with the camera of a smart phone,” said Prof. Merkx to Cordis.

The research aims to find a test for coronavirus patients without expensive equipment nor requires long time to find the result. Currently, the world has used many different methods to do the test but either it takes a long time to find out the result, or it cost a lot for faster result. With the result of this study, the researchers hope that it can help us to live a ‘new normal’ life later on.

“The underlying assumption is that a person that has had an immune response will be protected against getting the disease again, or at least have a less severe disease. If this is true this would be very important information, e.g. for those that work with vulnerable people, but also to decide whether one could visit one’s elderly parents again or go back to work,” he said.