You are here: Home / Hello Earth / Four Different Types Of Deserts You Might Not Know

Talking about desert might make you a little bit unhappy imagining how scorching and lifeless it is. However, that’s not always true. Deserts, in fact, have its kind of biodiversity and uniqueness that any other environments don’t.

Even though we know from popular movies that desert is only about sand and drought, but apparently it has many other things you should know. Desert is a kind of biome, a community of living things connected to a particular type of geography.

Another fact that you might not know is that there are four types of deserts. There are the hot-and-dry or subtropical desert, the semiarid or cold-winter desert, the coastal desert, and the cold or polar desert. Yes, there is ‘polar’ desert.

Here in this article, we will talk about all those four kinds of desert. 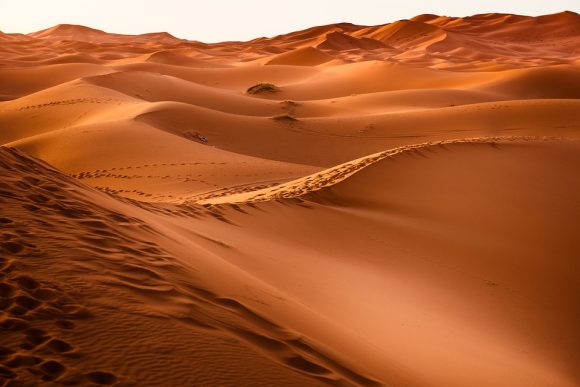 The deserts depicted in the movies belong to this type of desert. An example of hot-and-dry deserts is Sahara Desert and deserts in Australia continent. It is typically warm to scorching throughout the year, and indeed almost everything you can find here is sand.

The temperature swing is extreme in this place, reaching up to 45 degrees Celsius between the day and the night. The reason is because at the day its surface receives twice solar radiation than more humid places, and lose up to twice as much heat at the dark.

Rainfall is very low in hot-and-dry desert while evaporation rate is far higher, thus this area appears and feels so dry. Some study even found that raindrops evaporate first before reaching the ground because of this condition.

Persistent rains may touch the ground in a short and brief period of time, but it is very rare. However, in even rarer occasions, intense burst of water may fall down from the sky. That’s why, the driest desert, Atacama Desert in Chile still receive average rainfall of 1.5 cm per year.

This place is dominated by low shrubs and short trees, except around oasis. The animals are nocturnal carnivores, burrower animals, and rats. Some insects and birds can also be found in this area, usually in places with shade. 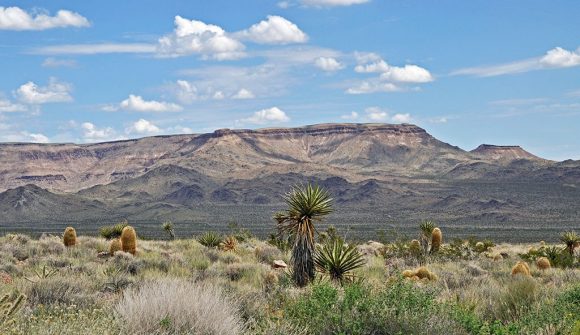 Unlike hot-and-dry one, the composition of soil in this type of desert is more various. Ranging from fine-textured sand, loose rock fragments, to gravel. That’s why, compared to the hotter one, there is more biodiversity here.

Semiarid desert is dominated by cacti, and the presence of the plant is proven useful for the creatures living in the biome. But cactus is not the only plant to be found here, there are Creosote bush, bur sage, white thorn, cat claw, mesquite, brittle bushes, lyciums and jujube too.

Some of the animals that can be found here are kangaroo rats, rabbits, skunks, some insects, birds and reptiles. Most of them rely much on the presence of plants in their surroundings both in hottest summer and in cold winter.

Unlike the former two deserts mentioned above, coastal desert is usually found in generally cool to moderately warm areas. In this desert, cool winters usually interrupt warm and long summer, even though average temperature in this area is not that extreme.

The plants to live in this type of desert are the ones that can store large amount of water in their bodies. The examples are salt bush, buckwheat bush, black bush, rice grass, little leaf horsebrush, black sage and chrysothamnus.

There is a big biodiversity in coastal deserts, especially for animals. Many species of reptiles and amphibians, especially lizard and snakes, can be found here, along with coyotes, badgers, owl, and two species of eagles: golden eagles and bald eagles. 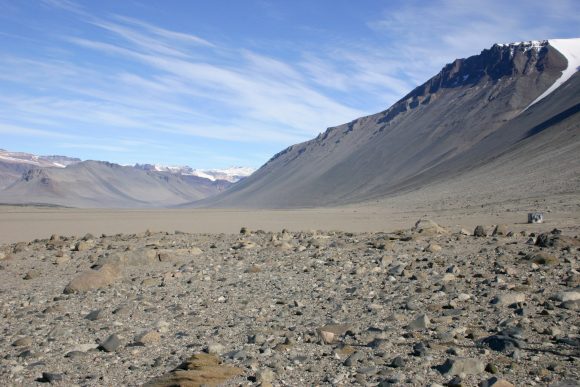 Different from all those types of deserts mentioned above, polar desert is much more humid, especially when it is winter. Winter comes usually between mid-December and mid-March at north and mid-June to mid-September in south.

Annual precipitation in polar desert is about 15 cm per year to 26 cm per year, much higher than other kinds of deserts. But it doesn’t mean that the area is greener than other deserts. In fact, this is a barren environment compared to those three mentioned above.

Polar desert is one of two polar biomes, along with tundra. But unlike tundra, polar desert is lifeless because of it being just flat layers of ice that thaw and melt as temperature changes. Even in its area where ice is not presence, there is only a few plants that can be found.

This Cocoon Can Help Us Plant Trees Even In The Desert

Tundra: The Underrated Guardian Of The Nature