You are here: Home / The Species / A Story From Special School For Orphaned Orangutan

Parents play important role in educating children, and it doesn’t only work on human children. Even animal cubs need the presence of their parents, not only to provide them sufficient amount of food and protect them from outside dangers, but also to educate themselves into a proper ‘animal’.

In example, orangutan children also need the presence of their parents to become a ‘true’ ape. Orangutan parents are responsible for introducing their children to the nature and how to give appropriate responses to it.

But nowadays, because of our activities, we are allowing less and less orangutan parents to teach their children. The reason is because we are killing them without even thinking about the future of their children, or even the species.

Up to nowadays, orangutans are one of the most endangered animal species on earth. Regarding this condition, we are the ones responsible for causing it. Thus the question is, who are teaching those orphaned orangutans to be proper apes?

Palm oil plantation and deforestation are the main threats for orangutans, and a growing business in Indonesia. No wonder orangutan population in the country is dwindling, because more and more forest area in the country is being cut down for the growth of the business.

Those two things ae the ones responsible for wiping out wild orangutan population in Indonesia. Nowadays, there are only about 100,000 individuals left, from twice the number about a century ago in Indonesia.

This is the reason why international animal welfare organization Four Paws are building ‘Forest School’ for the orangutan. Working together with local partner Jejak Pulang and the Indonesian Government, they are teaching baby orangutans the most basic knowledge about being a proper ape.

“The goal of the project is to rehabilitate these orangutans and equip them with the skills they need so that in a few years, when they reach the appropriate age, they will be able to return to a natural forest and live there completely free and independent,” said Four Paws’ primatologist Dr Signe Preuschoft. 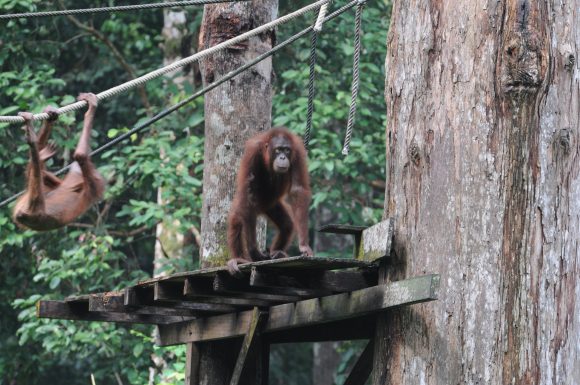 Orangutans between age 2 to 9 years old are enrolled into the school to learn about their true nature, artificially. The reason why we call it an ‘artificial’ education is because the teachers are human. Normally, the skills they learn in the school would be taught to them by their mothers.

But since they are orphaned, they can’t get the education from their mothers. So, what’s actually being taught in the forest school for orangutans? In fact, there are so many things that orangutan babies need to learn.

“The orphans need to spend as much time in their natural environment as possible. The curriculum includes climbing, foraging, and building a sleeping nest,” said Preuschoft. They are divided into classes, depending on their age and ability, so different orangutan may get different lesson.

Currently, there are 15 caregivers, 2 veterinarians, and a biologist who are playing the role as the ‘teachers’. Locals are chosen for this job, since by taking care of orphaned orangutans will strengthen the ties between local human with nature, so local people are less likely to bring further damage to the nature in the future.

As Preuschoft said, they don’t intend on humanizing the orangutans, but rather orangutanize the humans. One example of orangutanization is by ordering the ‘teachers’ to spend majority of their time in wild on top of the trees, where orangutans naturally reside. 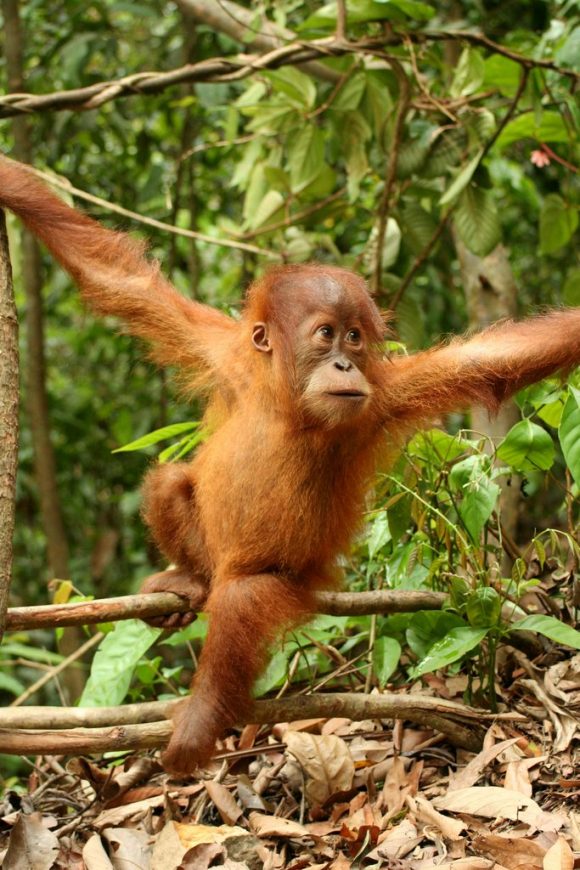 Adventurousness and independence are the key in educating orphaned orangutan babies. Most of them watch their mothers being slaughtered with their own eyes, and it may cause mental trauma to the orangutan babies.

Because of that, they may grow into scaredy-cats which are highly dependent on outside helps. By enrolling into the school, the activists are trying to develop important life skills for orangutans which will help them grow back their natural adventurousness and independence.

As a note, not all orphans in the facility are clueless about what they really are. The job for the teachers here is to recognize what ability that they have learned and what ability they have not. In example, some are already smart enough to climb on their own, so they don’t need to be taught how to climb.

For example, Cantik and Eska, which are already four and six years old, are now practicing chasing and wrestling instead of climbing trees. While Gonda and Tegar, which are around two years old, are still practicing how to grab branches and shifting center of gravity as wild orangutans do.

“That was a learned skill because while doing that, an orangutan must also consider how the weight of his or her partner affects the swishing of the branches,” Preuschoft said. Socialization between orangutans is also an important lesson being taught here, so they know where they naturally belong to. 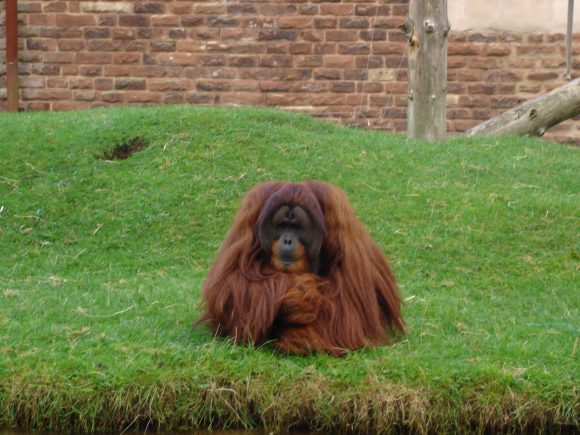 So, what’s actually the point on enrolling into forest school? Just as how humans go to school and graduate in the last, the orangutans are also expected to finally graduate after they can pass all the trials set by the teachers.

“When they reach puberty it is time for them to graduate to the so-called Forest Academy,” Preuschoft explained. This is not a system similar to human school, but there is a reason why they decide that a graduation process is required.

“Generally speaking, orangutans reach a phase in which they want to increasingly go their own way at around the age of nine years. That’s when we bring them to the reintroduction region,” Preuschoft said. “If everything goes smoothly there, then they can enjoy a life of freedom afterwards.”

Such kind of effort to educate orangutans to be ‘proper ape’ seems like a hard work. But actually, the hardest work is for the orangutans to survive our increasing greed for timber and palm oil. Should we educate ourselves too?