You are here: Home / The Species / Termites, One Of The Greatest Architects And Builders In Nature

Nature can always find its way to amaze us, and one of those ways is by making impossible happen. Can you imagine how such small creatures like termites can build some kind of skyscrapers which is not only complex but also sturdy?

Yes, termites are indeed appear to be a group of tiny insects that appear weak and unintelligent. But we know that appearance can deceit us. One single termite might not be able to do something big, but once they group up they can be the best constructors in the world.

Researchers have found out that the nests they build using only soil is a complex building with amazingly accurate calculation. In this article we are going to talk about the tiny little insect and its ability to build its infamous giant nest.

Born To Be So 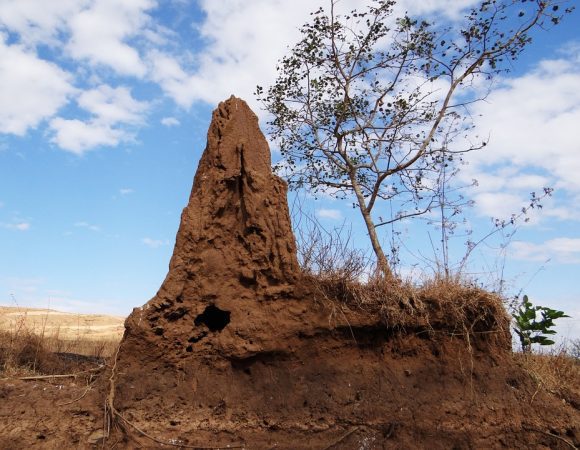 Termites are social insects, meaning they live in a well-maintained colony and work in cooperation with each other. In the colony, there are different generations of termites living together, forming a kind of private social group.

In the colony, there are many classes or castes with different tasks and functions for each class. For reproduction, the colony depends on a pair of king and queen whose only job is to mate and lay eggs. They don’t take care of the eggs after it is produced, the other members of the colony will.

The second class is the soldiers, the protector of the colony from outside threats. This class is equipped with a specialized weapon which is their saber-like part in their mouth. They are also the bravest ones in the colony, even willingly sacrifice their lives for greater goods.

The other class, which is the most noticeable for its works is the worker class. There are two kinds of workers in each colony, dividable by the size of their heads, which carry different function for the construction work. 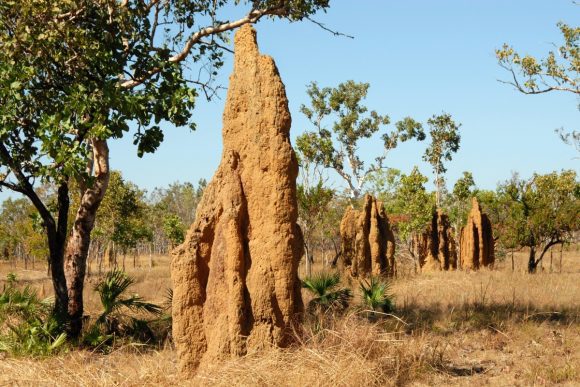 From the outside, it seems that the nests are just a bunch of soil piling up. But clearly, with some secret methods, the termites can make the pile of soil to be a sturdy infrastructure far stronger than just the pile of soil we make.

“We all have seen termite mounds standing in rain and heat for many decades and not dissolving even though they are made up of soil,” Ms. Nikita Zachariah, a researcher from Renee Borges at IISc who studied the behavior of the insect, told Research Matters.

A study that inspired Zachariah and her team to conduct further research has shown that termite manipulation of soil results into a structure ten times stronger than normal soil. “This happens without termites treating their boluses at high temperatures (like what we do to make brick),” she said.

We might have heard that the main material of the nests is the feces of the insect which contain primarily needed materials such as digested plants, woods, and soil. Thus, some might thought that chemicals in their digestive system is the reason why their nests can be so strong. But apparently that’s not the exact answer for the question, there is something more. 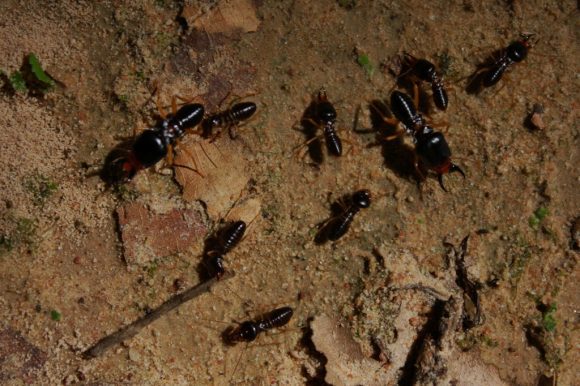 As mentioned before, there are two kinds of workers in a colony of termites, the ones with bigger head and the other with smaller heads. They work in the same way, but there are some slight differences in how they do it.

The boluses are transported to the building location where it will be arranged. The arrangement system is another key point in making the castle. The larger boluses, often containing more granular materials, are assembled first. While the smaller ones are used to fill in the gaps the bigger boluses left between the placements.

“Imagine you have an empty glass jar. You can fill it with golf balls, but you are still left with some spaces/voids between the balls. You can fill these voids with some smaller spheres like marbles. This will help you achieve tight packing in the glass jar,” Zachariah explained.

The Making Of The Labyrinth 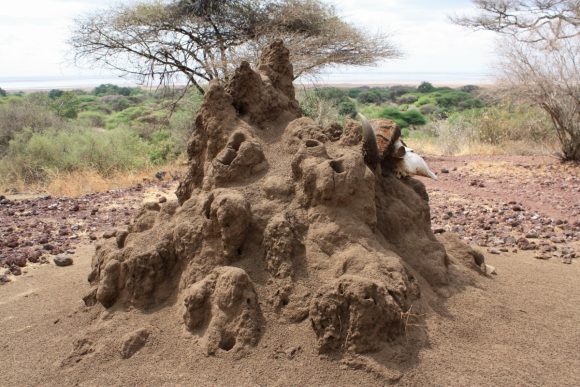 There are many chambers inside the nests and one chamber to another is connected with tunnels that have the complexity of a labyrinth. The sole reason is efficiency in transporting stuffs, like wastes, eggs, and foods.

“The benefit of these networks is that it helps them move nutrients and wastes through their colony most efficiently,” said Scott Turner, a physiological ecologist. And the termites are smart enough to prevent getting blocked when some tunnels are blocked, they prepared a spare tunnel before hand that they can use when the main roads collapse or getting blocked.

Such complex and well-prepared construction work has amazed scientists, since there is no single coordinator that control the colony. “Such an algorithm may indeed be inspiring for an engineer who wants to coordinate the action of autonomous robots without central coordination,” said Christian Jost, biological modeler at the University of Toulouse in France.

Again, not only that about the termites. Building a structure of loose soil is pretty risky, and collapsing is pretty common. However, every single worker is always prepared to fix and rebuild its nest over and over again anytime things happen to it.