You are here: Home / The Species / These 5 Animals Are Not Pokemon, They Exist In Real Life

Pokemons are fictional creatures originally created by Satoshi Tajiri in 1995. Pokemons usually resemble the features of animals, plants, and even fictional creatures. The famous one is Pikachu, a yellow electric mouse with red dots on its cheeks, which is the mascot of the franchise.

If you see these animals in picture, you might think that these are pictures of pokemons. But these animals are real animals living on earth. Yes, they may look unique, but none of them is fictional character. Some are even able to be taken as pet, making it like your very own Pokemon. 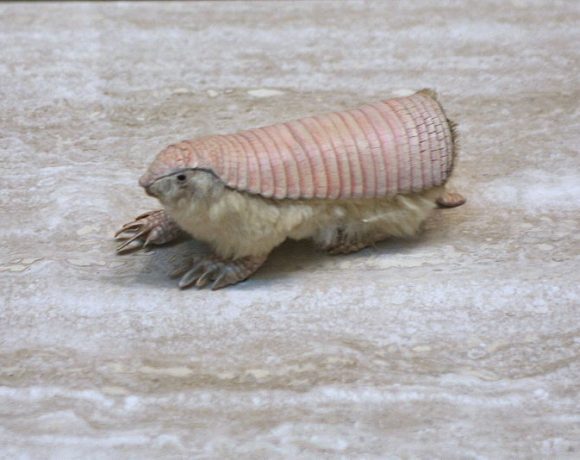 Unlike other species of armadillo, this one is quite unique. Its shield only lays up on its back and the color is pink, thus the name. Pink fairy armadillo is also the smallest of its kind, and its cute name is derived from its cute appearance.

This animal can be found in sandy plains, dunes, and any scrubby grasslands in central Argentina. Pink fairy armadillo is a solitary and nocturnal animal. In the night, it usually hunts for insects, worms, and snails. this animal is also known to often eat plants, making it an omnivore.

It features a pair of cute claw on the front foot used to dig soil. Indeed, it likes to burrow itself in the ground in a particularly quick action. Some even name it as “sand swimmer” because of its habit to quickly burrow itself.

This cute little animal is an endangered animal, thanks to farming activities and predators like dogs and cats. This kind of armadillo is impossible to adopt as a pet, because it tends to die just few days after being caught by human. So, luckily it is not a pokemon. 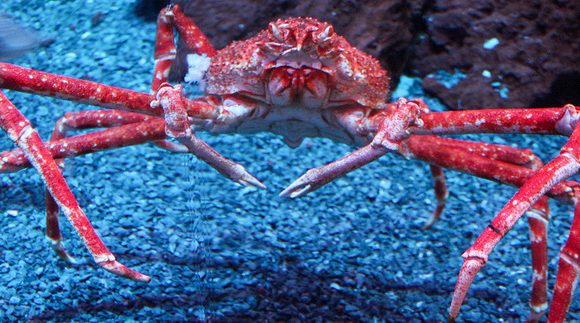 Takaashigani, or the Japanese spider crab, despite its appearance, is not a pokemon, it is a real animal. This ferocious animal is a species of arthropod whose legs are the longest compared to others with the span up to 5.5 meters. It may look strange, but actually this is a delicacy in Japan.

It was considered as a dangerous animal by Japanese back then because its strong claws could cause serious injury to people. But some who dare to catch it will be able to enjoy a special delicacy, and once the news about the taste spread, a Japanese spider crab hunting season was started.

The record of collected crab in a year was in 1976, when 24.7 tons of Japanese spider crab was caught by fishery. Suruga Bay is the famous place to catch this kind of long legged animal. Fishermen usually use nets to catch this animal.

Although this animal is still considered safe from extinction, but the population in the Suruga Bay have started to diminish. Thus, to protect the population of Japanese spider crab, local government issued a statement to ban the hunting of this animal in spring, when they tend to move to shallower water. 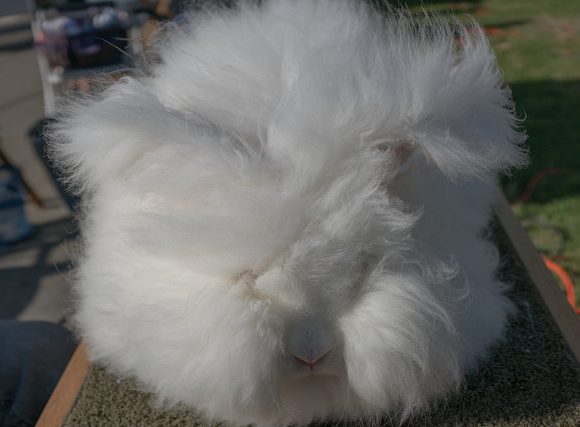 This is neither a pokemon nor a cotton candy, this is one species of rabbit originated in the city of Ankara, Turkey. Ankara is also where angora cats and angora goats originated. You can adopt one for pet, but originally this animal is often bred for its wool.

Basically, this animal need to be regularly groomed because if they are not groomed they may ingest their own wool, causing a disease called wool block. In addition, angora rabbit need sufficient amount of fiber in their diet so accidentally ingested wool can be flushed from their digestive system.

Angora rabbits were famous pets for French royalty in 18th century. But nowadays, this animal can be found in every continent on earth. Angora rabbits are preferred because they are cute and do not possess allergy causing quality. 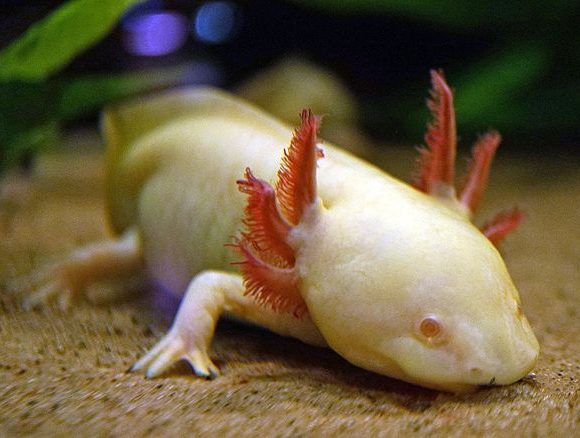 This one may look similar to wyvern, but this animal is actually a kind of salamander. Axolotl is also known as Mexican salamander and Mexican walking fish. From its name, you can know that this animal is originated from Mexico.

Many people used to have it as a pet, but originally in Mexico and Aztec culture, axolotl was usually consumed. In 2010, wild axolotl was almost extinct because of water pollution in their habitats, especially in Lake Xochimilco in Mexico City.

Even in 2013, the search for wild axolotl in the location couldn’t find any surviving individuals. But a month after the search, a pair of wild axolotl were found. Nowadays, government of Mexico City is trying to conserve wild axolotl by building shelters and conserving their habitats.

This animal is widely known for its amazing ability to regrow their limbs. Axolotol is extensively being researched by biologists and scientists for that amazing ability. This animal may also repair some damage in its brain by itself, making it the only animal to be able to do so. 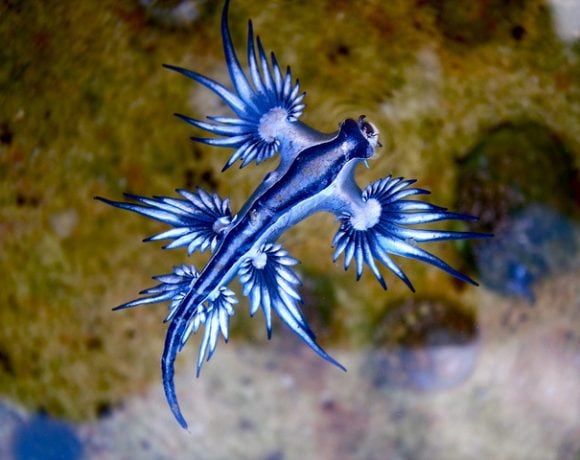 This exotic creature can be found throughout the world’s ocean from Africa, Europa, Australia, and other warm temperature climate areas. A mature blue dragon can only reach three centimeters in length.

This animal usually swim upside down, showing the striking blue color of its front part of the body if seen from above. This is actually their camouflage from predators, the blue color resembles the color of deep ocean, and the silver color of their back resemble the color of the surface from beneath.

Aside from its striking appearance, it also has a unique diet. The blue dragon usually feed on venomous floating terror, or also known as Man-of-war. Its digestive system can extract the venom of the floating terror.

In addition, it stores some man-of-war in the extremities, causing a painful sting if touched by human. So, although this animal looks pretty, this nudibranch is seldom to be treated as a pet. Because beside it has a unique diet that is hard to purchase in pet stores, the sting of its extremities is also dangerous, even can result in death on extremely rare occasion.

Ladybugs, And Their Importance To Our Nature (And Culture)