You are here: Home / The Species / Ladybugs, And Their Importance To Our Nature (And Culture)

Who on earth doesn’t love ladybugs? How can you not love this creature that brings color to our days, with its tiny size and orange shells with black spots? Come on, with their appearance, even professional photographers love their presence.

They are also harmless to human. They don’t bite or bring diseases, plus they don’t make annoying noise like mosquitoes. In some places, ladybugs are even considered good luck if they land on your hand or you see one at home.

That’s not it, even farmers love their presence because they eat aphids and other plant-eating insects. It helps the farmers to save their money from buying pesticides and also our earth from avoiding harmful chemicals being used by the farmers.

This post is an appreciation post and shout out to every ladybug all around the world. And we thing you should cheer with us for it. 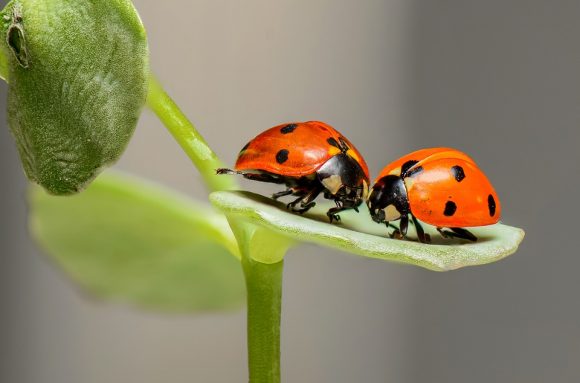 Their scientific name is Coccinellidae, and is actually a family name instead of a species name. In fact, there are thousands of species belong to the family, and commonly they are called just ladybugs or ladybird beetles in Europe.

But despite the naming, they are not actual bugs. Ladybugs are actually beetles, that can be seen from their mouth. Bugs have needle-like mouth parts and harder wings, while beetles have chewing mouth parts and softer wings if any, according to Australian Museum.

Bugs also have different diet from beetles. Like mosquito that drinks blood, bugs have mostly liquid diet. However, beetles don’t have such kind of preference and choose smaller creatures or leaves of plants to eat instead.

Back to the naming, the word ‘lady’ is said to refer to Virgin Mary. During Middle Ages, when crops were plagued by pests, farmer began praying to the Virgin Mary for help. Almost immediately afterward, farmers started seeing ladybugs in their field.

Because ladybugs are predators to smaller pests like aphids, the plague decreased significantly after their presence in the farmlands. That was why the farmers called this bug as “our lady’s birds” or “lady beetles”, which then turned into simply ladybugs or lady beetles. 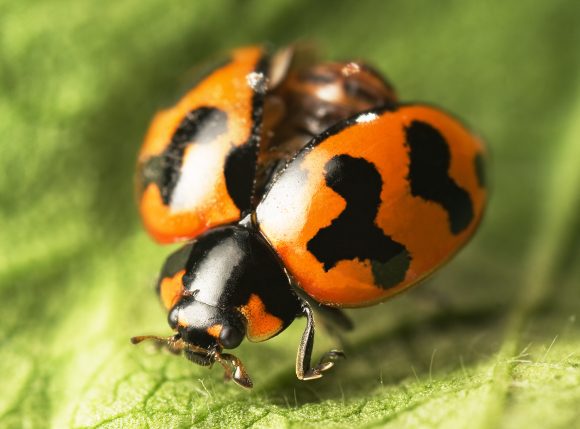 As far as we know, ladybugs always have red-colored shells with black spots. Continuing the story above, the red color of ladybugs is said to represent Virgin Mary’s cloak, and the black spots represent her seven sorrows.

But actually, ladybugs are not always red and black. The color can vary as many as the colors of rainbows. Some ladybugs are as plain as black and white, some are yellow and black, while some others can be as exotic as bright blue and orange.

And they are not always spotted too, because some species are stripped instead. More amazingly, in rare occasions you might also find checkered ladybugs. The patterns are actually connected to their habits of living.

Ladybugs which are generalists and choose to live anywhere they want usually have simpler patterns that they wear year round. While those that live in specific habitats usually have more complex coloration that can change from time to time.

Their coloration is also functional, and useful for their survival. Specialist ladybugs use the coloration as camouflage to trick their predators, especially during their hibernation period. While in mating season, they use it to warn off their competitors and some predators.

Even though ladybugs are cute and colorful, but they are defensively fierce creatures. Their defense mechanism includes secreting hemolymph from their leg-joints. This hemolymph will leave yellow stain and smell like rotten meat.

From the eyes of predators, the yellow stain and rotten-like smell makes the prey look like they are dying or sick. Thus, most predators, like insect-eating birds, choose to avoid them at this state because of hygiene reasons, maybe.

But such kind of defense mechanism is not only owned by adult ladybugs. Their larvae can also secrete the alkaloids from their abdonments. In addition to that, the larvae are actually fiercer than the adult ones in several aspects.

At their earliest arrival into the world, they eat their siblings. Those that hatch first would consume some of the eggs that have not hatched yet. After they get the energy to move into other places, they will continue consuming more foods along their way.

They are huge consumers of aphids with huge appetite to collect energy before metamorphosing into pupas and turn into adult ladybugs later. Not only that, larger larvae also appear like tiny alligators, with long and pointed abdomens, spiny bodies, and protruding legs.

They Are Going Somewhere Unknown 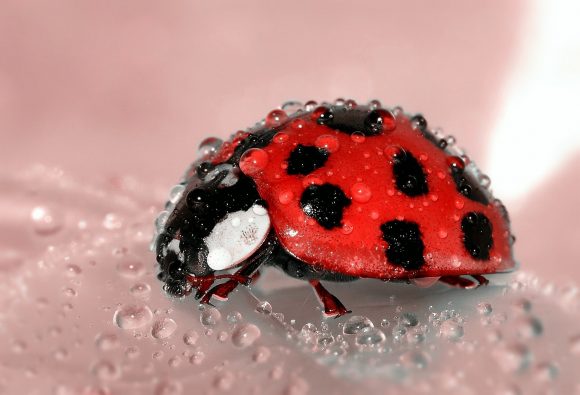 Well, this is might be the most important fact along others about ladybugs. They are starting to disappear and it brings huge effect to crops all around the world. This is the reason why John Losey started the Lost Ladybug Project.

“Don’t worry about whether the photos are in focus and don’t self-select the images you send. They don’t have to be worthy of the cover of National Geographic,” he said. “It is equally as important for us to know where the rare ones are as where they are not.”

The mission carried out by the team is to rediscover where are those ladybugs and what’s the reason they don’t show themselves as frequently as before. The disappearance is a question that Losey want to find the answer. Whether it is a mass-migration or something else, he just wants to collect enough data to discover the truth about this mystery.

Especially native ladybugs, Losey is worried that they are actually disappearing from the world just like what happens to bees. “It also doesn’t matter whether your photos are of native or non-native ladybugs. All the photos constitute important data points,” said Losey.

If you want to participate in this project, you can visit The Lost Ladybug Project homepage and submit your own photo of this gorgeous beetle.

How To Tell What Pest Is Eating Our Lovely Plant?