You are here: Home / The Species / Why Do Whales Come Ashore Just To Get Beached Time To Time?

Recently ten sperm whales had beached themselves in Ujong Karueng, Aceh, Indonesia and it has been huge news all across the country. Six of them were able to get back to the ocean but the remaining four met the end of their lives.

This rare occurrence attracted people nearby, even tourists from further regions, just to witness the stranded whales suffer on the land. That was why officials found some difficulties to bring the whales back to the ocean.

Although Indonesia is an archipelago of tens of thousands island, beached whale is still a pretty rare news there. That’s why local rescue team is still minimum in equipment and experience in saving the lives of those aquatic mammals and ordinary citizens tend to make it a public attraction.

“Crowd control around the area is very important to reduce the stress level of the whales,” told Aryo Tjiptohandono, Marine and Fisheries Campaign Coordinator for World Wildlife Fund (WWF) Indonesia to Jakarta Post.

In addition to exhaustion, the hot temperature may cause dehydration and irritation to their skin that may lead to infection. That’s why, keeping their skin wet is important for beached whales.

Please note that it was not WWF Indonesia who tied the whale to the rope; WWF Indonesia just took d aerial photo via UAV (unmanned aerial vehicle). D rope should have not been tied to the whale, because it could injure or break the limbs (in this case the peduncle). @WWF_ID @WWF https://t.co/1f2LT2x0wK

Not only that, sometimes wrong way to handle the trapped whales may also kill them. We cannot just push them back to ocean thoughtlessly, because the coral and rock formation on the shallow water bed may scratch their skin and wound them, which again may lead to severe infection.

This is probably why one of the seven surviving whale that were successfully lead back to the sea died. “We released seven of them to the sea this morning, but one of them returned to the beach again, dead,” as told by Head of Lampulo PSDKP, Basri to Jakarta Post.

If there were better understanding from Indonesian people, maybe the deceased four whales could have been saved. That’s why, as an Indonesian citizen I feel the urge to share some information about cetacean stranding.

Do The Whales Miss The Land?

Most likely no, they don’t strand themselves just to kiss the land. There are several reasons that can be grouped into three types why those cetaceans get beached and none of it is because they miss the land.

The first one is natural and environment causes such as rough weather, weakness due to old age or infection, difficulty giving birth, or navigation errors. Those causes tend to apply for individual beaching, not group beaching.

For larger group beaching, the reasons are more complicated. Since they usually travel the ocean in a group they follow some lead from the other members. So, a distraction to some members of the group can lead to the group getting stranded.

The distractions can come from various sources such as avoiding predators (like orcas), hunting too close to shore, misleading gently-sloping coastlines that trick their echolocations, mislead by smaller species, even some scientists suggested that geomagnetic disruptions on earth’s magnetic fields may cause the cetacean stranding.

The Misleading Guides For Whales 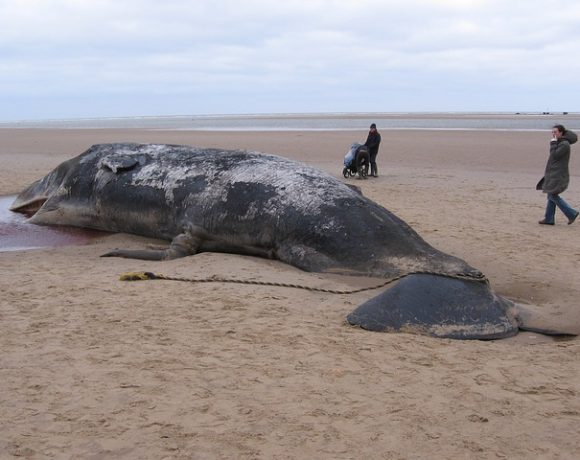 As stated before, beside avoiding predators that chase them by moving closer to the shore, whales are often mislead and often end up being beached. Gently sloping coastlines, such as Ocean Beach in Tasmania and Geographe Bay in western Australia are the examples

In those places, whales are often found getting stranded because their echolocation cannot predict precisely the depth of the water. Repeated reflections between the surface and ocean bottom in gently-sloping shallow water may attenuate sound so much that the echo is inaudible to the whales.

Recent anomalies caused by solar storm may have caused some anomalies in the magnetic field and mislead those whales that make it their guide in the ocean. This phenomenon gets them stranded in the shore like what researchers believed to happen to 29 stranded whales along western Europe in 2016.

The Loudness Of Military Sonar 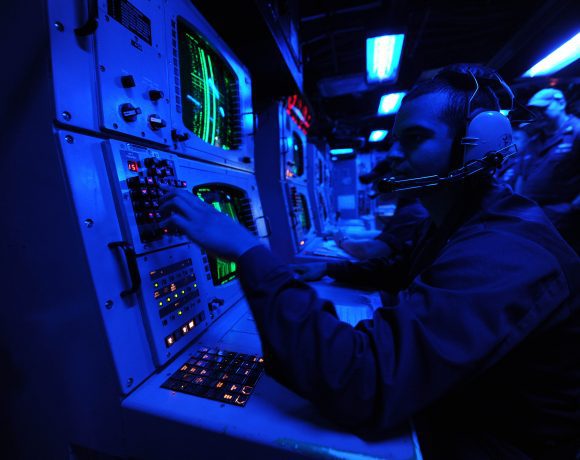 Human activity also may cause disruption to the whales that lead to the beaching of those giant aquatic mammals. On some occasion, cetaceans are found getting stranded shortly after military use of sonar equipment in the area.

Julia Whitty in The Fragile Edge stated that military sonar is the loudest noise ever put into the seas. “At an amplitude of two hundred forty decibels, it is loud enough to kill whales and dolphins and has already caused mass stranding and deaths in areas where U.S. and/or NATO forces have conducted exercises.”

The large and rapid pressure of sonar is believed to cause hemorrhaging. The example is taken from 17 cetaceans found in Bahama in March 2000 that suffered from hemorrhaging following US Navy sonar exercise.

One supporting evidence that sonar can cause to cetacean stranding is the pause of mass stranding in Canary Islands. Spanish Navy used to conduct sonar exercise in the area that resulted in the beaching of beaked whales, but after the operation discontinued in 2004, the phenomenon stopped happening.

Recent case of 10 beached sperm whale in Aceh is currently still in investigation. Whether or not it will be a seasonal phenomenon there is still in question. Thus, some time later there may be other similar cases of beached cetaceans.

However, even if there will or will not be similar case to happen, beached whale is not a public attraction. It is a torture to them and almost certainly they are not posing for your Instagram.

As stated by Tjiptohandono earlier, large crowd of people may cause stress and affect their health. That’s why if you cannot help them to get back to the ocean, it is better to keep yourself away from the location. However, whales are wild animals that are not accustomed to human.

The challenge that we face now is to bury the corpses of 4 dead whales before they bloat. Gases inside the whales can cause their bodies to explode, which could spread disease that may cause health problems to people nearby.

Finally: The Link Between Plastic And Climate Change Revealed