You are here: Home / The Species / People Are Shooting California Sea Lions For Unfair Reasons

What do you think of sea lion? For some people, sea lions are super cute, wiggly-wiggly, and lovely creatures living in the sea. Their friendly appearance and the way they move when they are on land is indeed adorable.

But for some others, this creature is the most annoying animal ever existed. Don’t judge too harsh, because those people are fishermen. Sea lions are known to be the natural enemy of fishermen because they like to steal the fishes and even the baits.

However sometimes what they do is too far, instead of just scaring sea lion away they are scarring it away. Yes, some methods used by the fishermen to fend off sea lion sometimes result in hurting the super cute, wiggly-wiggly, and lovely animal.

A National Geographic report took an example of a victim from this ‘too far’ action done by fishermen. His name is Cruz, a 225 pound male sea lion found stranded on a beach in Santa Cruz, California.

When rescue team found him on the beach, his condition was pathetic. He was underweight, looked so exhausted, and wounded. The wounds most noticeable by the team was on his eyes, with the left one was foggy and the right one was missing.

Rescue team rushed him to Marine Mammal Center in Sausalito to examine his wounds, especially the ones on his eyes. From the examination, they found metal shards in his skull. Without any doubts it was caused by shotgun blast.

“He was one of the lucky ones. If he hadn’t made it to shore, we might never have known about this animal,” Madelynn Hettiger, marine mammals aquarium manager explained about the condition of Cruz when he was found.

Cruz was found in 2013, meaning it has been 5 years since rescue team took care of him. Now, Cruz is living in Chicago’s Shedd Aquarium, far better than how he was but he is now blind. He has adapted well to his current physical condition and now rely on sound and touches to explore the world.

Shotgun Is Not A New Thing

Cruz is not the only sea lion having faced the cold barrel of shotgun in their lives. Apparently, shooting sea lion is pretty common and many fishermen are practicing it. Even as you are reading this article, some sea lions are starring into the darkness of those barrels of shotguns.

A report shows that in 2018 alone about a dozen marine mammals are washed up on U.S. beaches suffering from gunshots. NOAA fisheries recorded that there were about 700 California sea lions found with gunshot or stab wounds between 1998 to 2017, and many more were undiscovered.

Sea lions are also intelligent enough to recognize fishermen boats and follow them wherever they sail, because sea lions know that there will be foods. “You can’t run from them. We picked up and ran for six hours, and they’ll follow you. Six hours! Three of them on either side,” told Brand Little, a fisherman who usually sails off Santa Cruz, to National Geographic.

The consideration used by those fishermen to shoot sea lions is because the are sacrificing so much for the fish, but sea lions get free treat from their fish. “Sometimes you’re going all day, going around for eight hours. And you’re $150 into fuel for the day, and finally you get a bite,” said a fisherman.

How Can We Allow It? 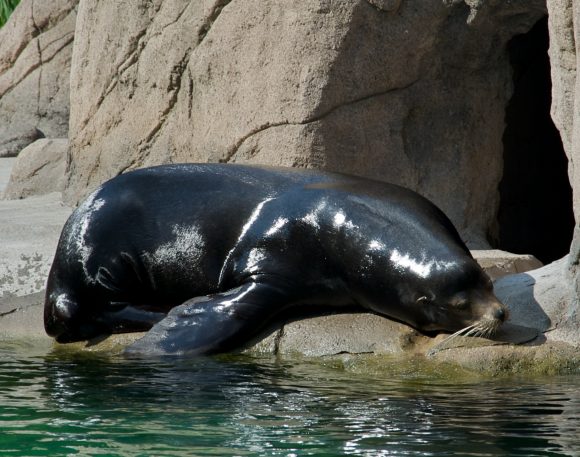 So, it happens this way: fishermen are fishing in the ocean, sometimes the fish are snatched by sea lions, so before the fish get snatched they shoot the sea lions. Is this legal? Of course not, because The Marine Mammal Protection Act (MMPA) strictly prohibit people to do such kind of cruel act.

According to MMPA, for some rational reasons, like harvesting subsistence, killing marine mammal is legal. Indeed, in Alaska, it has been a part of tradition dates back to thousands of years for local people to take subsistence from marine animals for handicraft or clothing.

“Marine mammals are an integral part of a healthy ecosystem. Unless it is being harvested for subsistence purposes, or is otherwise authorized, intentionally killing a marine mammal is illegal,” said Dr. Jim Balsiger, NOAA Fisheries Alaska Regional Administrator.

Of course killing them because they are ‘annoying’ is not one of those reasons, which means that shooting sea lions because the fishermen want to get rid of them from their fish is illegal. The penalty for violating the rules include a $28,520 fine and one year imprisonment.

Yet, from the 700 California sea lions found shot between 1998 and 2017, only a few perpetrators were charged, with most of them fishermen. The reason is because most of the shootings happen in the middle of ocean where nobody else can witness. 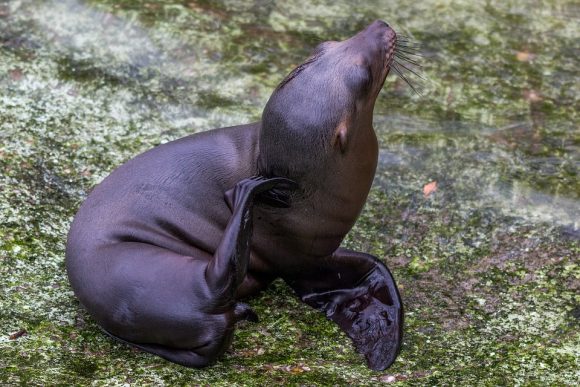 We have talked about the cruelty to sea lions in the sea. Does it affect the population of sea lions in overall? Fortunately not, because California sea lion population is pretty stable at this moment. However, it was not always like this.

Before 1960s, shooting sea lions were pretty common in West Coast of North America. Even government of Oregon considered shooting sea lion as a useful job and paid bounty of $10 for every dead sea lion.

It brought the population of sea lions in the area to the brink of extinction. International Union for Conservation of Nature decided to protect the marine animal by the time, listing sea lions as very rare animals.

In 1975, there were under 90,000 sea lions were discovered in the West Coast of North America. But nowadays, researchers predict that there are about 260,000 sea lions are inhabiting the area. It is one of the greatest comeback in the 20th century.

“Sea lion populations are healthy, a sign of the success of the MMPA and other statutes aiding the recovery of ecosystems,” said Penny Ruvelas, member of Long Beach branch of the NOAA Fisheries Protected Resources Division.

However, it doesn’t mean that shooting the animal is the right thing to do. It is just inhumane to kill those super cute, wiggly-wiggly, and lovely creatures just because they want some fish. There are so many other ways that we can do to get rid of them if we don’t want to be ‘annoyed’, such as using ultrasonic devices that ‘disgust’ their hearings.

Sea Lions: What’s Up with Their Conservation State?

More Than A Story, Animals Also Save Human’s Life

How Illegal Sand Mining Becomes The Matter Of Life And Death

These 5 Species Have Been Saved From Total Extinction