We are losing our ice faster and worse nowadays, than ever in history.  The condition is even worse than we expected, since newest study found that it actually melted 7 times faster than it used to in 1990s. All of this, thanks to the human-induced disaster called climate change.

We have to face dire consequences because of it, which basically is something that we have done to ourselves. Small islands are being engulfed by the ocean, the temperature of this planet is warming, and unwanted things are starting to occur all over the world.

Why losing the ice is a great deal for us? Are we too late already to prevent future disasters to happen? Can we do something to make this world as healthy as it used to be? All of those questions might come to your minds when we are talking about this topic.

That’s the reason why, in this article, we are going to talk about this specific topic.

How Much Ice Have We Lost? 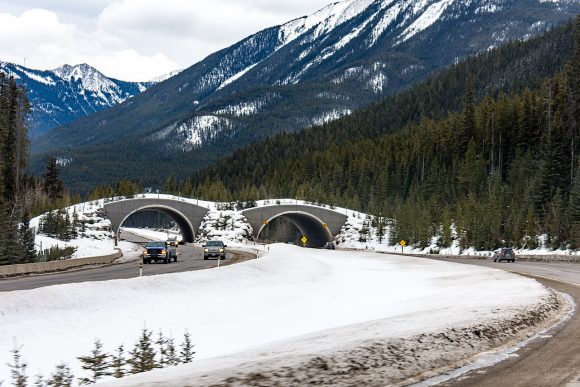 You might be surprised to find out how much ice we have actually lost in the last 30 years. The number is so shocking, with a total of 28 trillion tons of ice have disappeared from this planet. That’s the information that UK scientists discovered recently.

That much ice has melted from either earth’s poles or melting glaciers all around the world. What’s worse is, that researchers also discovered that the melting is accelerating. In the future, with the same span of time, researchers predicted that we should lose even much more ice than that number.

As an example of accelerating of ice melt, researchers took Greenland which is the largest body of ice on this planet. Greenland itself is losing ice 7 times faster than it used to. Of course, it is thanks to our archenemy, climate change.

The problem is, our contribution to climate change is a little bit too much for this planet to handle already. The reason is because researchers calculated that it is more likely Greenland will keep on losing ice even if climate change somehow stops.

“Rather than being a single tipping point in which we’ve gone from a happy ice sheet to a rapidly collapsing ice sheet, it’s more of a staircase where we’ve fallen off the first step but there’s many more steps to go down into the pit,” said Ian Howat, a co-author of the study and a professor at Ohio State University.

Point Of No Return 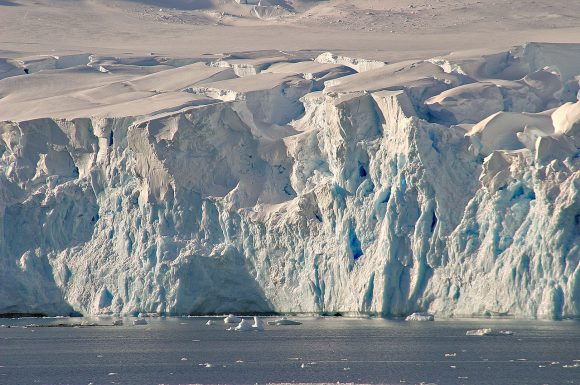 Wait, so does that mean we have created a condition where even if we do something to stop climate change, we will not likely to get the good result we wanted? Well, it doesn’t mean that way, but this is a clear sign that we have to act starting from now.

The act we take has to be meaningful, powerful, and effective because half-hearted acts cannot buy us more time. “We’ve passed the point of no return but there’s obviously more to come,” Howat explained to CNN.

Can you imagine how big of a mountain of ice is 28 trillion tons of ice? So, put it in the context, do you remember the trillion-ton iceberg calved by Larsen C Ice Shelf? That much amount of ice weighted only about 1 trillion ton.

In this case, we have lost a mountain of ice 28 times bigger than that. And we are currently continue losing more ice, which experts predicted would add up the amount from time to time because it is accelerating at alarming rate.

“To put the losses we’ve already experienced into context, 28 trillion tonnes of ice would cover the entire surface of the UK with a sheet of frozen water that is 100 metres thick,” said Tom Slater from Leeds University who contributed to the study.

The Rise Of Sea Level From Melted Ice 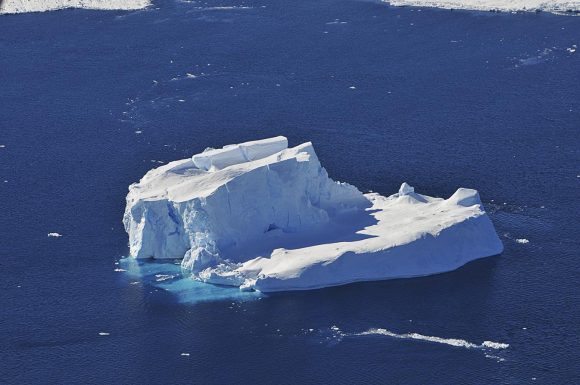 Waiting for future generation to do something is too long time already. Yes, they might be able to do something great with advanced technologies, but at that time what they do should not preventing something bad happen anymore. Instead, it would be to fix the problems we have caused.

With that much amount of ice has gone from the surface of earth, there must be some consequences we have already faced nowadays, isn’t it? Well, one of the worst consequences of it is rising sea level that already happens.

Of course, losing 28 trillion tons of ice means we have put much more water into our ocean. With more water, the surface would rise and cause disaster to those who live near the water body. Millions of people are losing and have lost their homes because of it.

“To put that in context, every centimeter of sea level rise means about a million people will be displaced from their low-lying homelands,” said director of Leeds University’s Centre for Polar Observation and Modelling, Professor Andy Shepherd.

The thing is, the rise of sea level is only affected by ice melt from land, such as from glaciers and ice sheets. Around 46% of that ice melt was coming from land, but that’s enough to drown the house of billions of people all around the world. 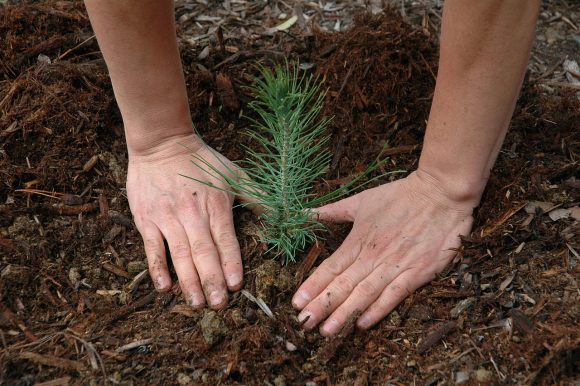 Don’t you also know that less ice means warmer temperature? Moreover, accelerating melt means our planet’s temperature will get warm at accelerating rate too. The presence of ice in our planet is so important, and we have to protect it.

Stop burning fossil fuel and turn into eco-friendlier energy sources is a good start from us. Fortunately, the trend is beginning to shift nowadays with several countries are planning to ban the consumption of fossil fuel for energy generation.

Planting more trees can also help this planet. Trees can stabilize the temperature, a feature that we really need. It can also reduce the amount of carbon dioxide in the atmosphere, which will help to eliminate huge amount of greenhouse gasses.

Another way to protect the earth is to become eco-friendly consumer. By consuming only eco-friendly products, such as food that doesn’t contribute to deforestation, we already help this planet. Don’t you see saving the earth is that easy in theory?

If you already know that saving this planet, and our civilization, is that easy, how did it end up like this?