You are here: Home / Eureka Green / Malta’s New Highway Bypass Cover Is Getting Better With Plants

Want to hear a story about Malta? Let us talk about something first. We all know, right, that the most tiring thing about driving to or from work is that we have to watch the unsavory view beside the road. Like, it is all about concrete and rocks.

For you who drive to work, especially you who drive for hundreds of kilometers to work, you must understand about this feeling very well. What we want to tell you is, such kind of thing happens everywhere.

The result of such bland road view is not only boredom, but also the feeling of tiredness which can result in sleepiness. Long story short, having such tasteless road view can be dangerous to all of us. But if it can be dangerous, why doesn’t anyone do something about it?

Well, some cities have done something about it, and the result is beautiful. Again, let us ask you. Want to hear a story about Malta? Here we got you covered.

‘That’ Story about Malta 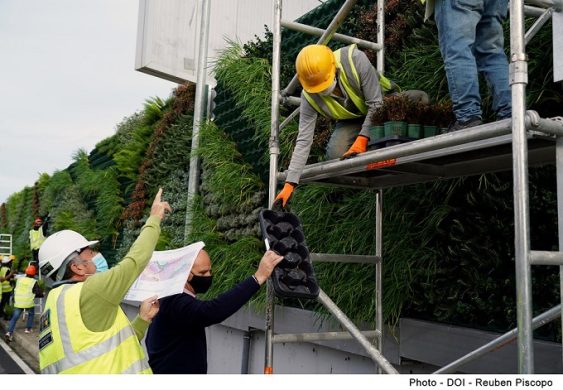 Just like what we have mentioned above, our classic roadside view is bland, boring, and tasteless. The problem is, boredom may (and often) lead to sleepiness and it can be dangerous for us to drive while we are feeling sleepy.

That’s why we need to revolutionize our roadside to make it at least less potential to cause sleepiness. One of the examples of things that we can do is converting the concrete-based roadside into green wall like Infrastructure Malta did.

The agency is turning Malta’s Marsa-Hamrun Bypass into the longest green wall in the country. More than 27,000 flowering plants were planted and arranged beautifully by the agency to give the bypass a new life.

This is a $650,000 worth environmental investment that the local government was willing to take because of the promise of high returns. Indeed, when you invest on the environment, the returns would be higher than the amount of money spent. 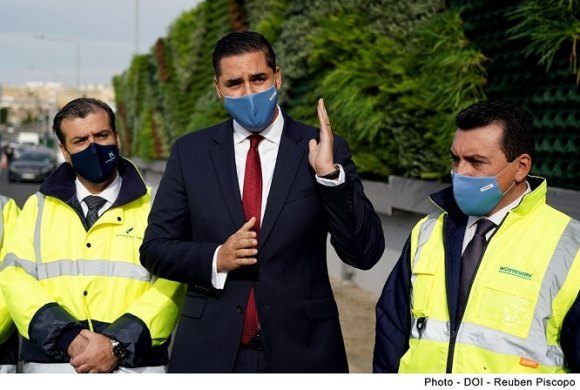 So, what’s expected from the green wall? The green wall is expected to give several benefits including beautifying the roadside, giving ecological supports for insects and pollinators, helping to improve air quality, and also as the place to grow indigenous plants.

The roadside vertical garden is indeed arranged beautifully in such particular order based on species, color, and growth. Thus, both now when the plants are still freshly planted, and later when they grow a bit bigger, it would put smiles on the face of anyone passing by. It all thanks to the diversity of indigenous plants.

Yes, the green wall is featuring more than 27,000 plants which are indigenous to the surrounding area of Marsa-Hamrun bypass. This is a response from Malta’s Ministry of Transportation and Ministry of Environment for some critics thrown to them saying that they love to remove trees to make way for roads.

We know that such kind of practice happens everywhere on earth. Trees that are planted at the side of the road are susceptible to being cut down for many reasons. In need for space to make the road wider, or just to make the road clearer from tree parts are the two main reasons.

Supporting the Smaller Ones 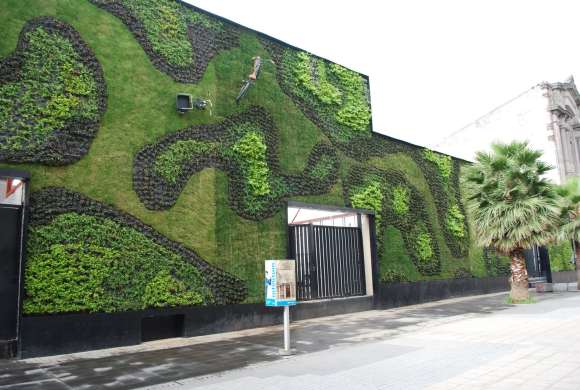 In Malta’s urban environment such as the Marsa-Hamrun bypass, the presence of the green wall is indeed vital. Green wall has been proven to give positive effect to surrounding ecosystem, especially in supporting the survivability of smaller members of ecosystem such as insects and birds.

We all know that infrastructures such as highway, roads, and anything made of concrete are dead zones in the ecosystem. Only animals which are lost or want to go to the other side (no pun intended) would care to visit or walk on it.

But because of the presence of the vertical garden, they now have valid reasons to transit in the area. “They serve as potential ecological stepping stones for insects and pollinators between rural and urban environments,” Aaron Farugia, Malta’s Minister of Environment, said.

And for human, a lot of benefits are waiting to be mentioned. According to Farugia, other benefits such as reduced noise pollution, cooler micro-climates, and reduced air pollution would also “improve the experience of those who live and work in urban areas.” 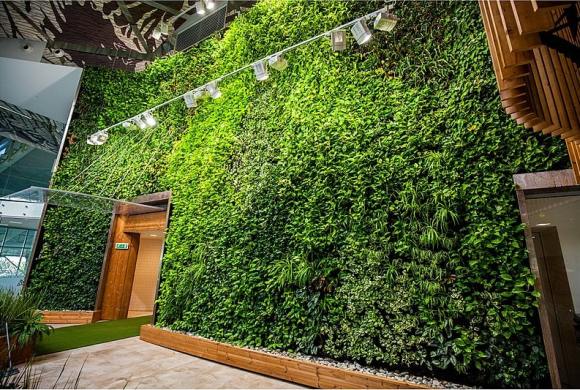 There are a lot of benefits that we can get if we decide to befriend nature instead of going against it. Building a green wall like in Malta is one of the simplest efforts, but it definitely is not the only thing we can do.

Another good example of infrastructure that goes along with nature is Wildlife Bridge, such as the one currently being built in Southern California. The bridge is built over Los Angeles’ 101 Freeway and will allow various animals like coyotes, deer, lizards, and snakes to cross the road without getting killed.

For a long time, animals hoping to cross the highway were at high risk of becoming road kill. Hence, most of them were practically trapped in the Santa Monica Mountains, unable to venture out in search of food and potential mates.

But the wildlife bridge will allow them to finally wander around from one side of national park to another. “This ecosystem needs to be reconnected for all wildlife. Segmentation impacts animals both large and small: lizards and birds up to mountain lions,” said Beth Pratt, director of the National Wildlife Federation’s California branch.