You are here: Home / Eureka Green / Modified Solar Panels To Give You Energy Anywhere And Anytime

Alternative energy sources are one of them most concerned stuffs in this world. The reason is because people are fed up with all the disasters following global climate change and global warming caused by fossil fuel burning.

In line with that, we are also developing so many alternative sources for energy such as windfarms, nuclear plants, and solar plants. Among those alternative sources, solar energy plant is the most popular one, since it can be applied even on the top of our houses.

Not only that, this one is also the most ‘flexible’ one, which means that it can be modified in many ways to fit the users more. Here, in this article we will talk about modified solar panels which may bring a breakthrough in the war of energy.

Most people might still think that solar power plants are consuming so much space to perform well. It is because what we usually find on TV and other medias are the solar plants which are managed by the officials, not the most used ones which are attached to the roofs of people’s houses.

But that kind of point of view is most likely becoming too old nowadays, because of in its development solar plants do not consume much space anymore. Modern solar plants are also able to be brought anywhere you go and be used anywhere is possible.

You can see it from the development of sticky solar panels that you can stick to anything and be brought anywhere you go. In example, if you are going camping on top of the mountain, you can still bring it and use the solar panels to power your tent.

This way, you can farm energy anywhere you go without consuming any fossil fuel and bring harm to the nature. Thus, you will get the convenience of being able to use your electric stuffs but in the other hand you also help to reduce thee fossil fuel consumption.

Another good news from this advancement of solar energy is that it comes in various size, which can suit into your needs of energy. And since this kind of solar panel can be applied as easy as just peel and stick, the choice of surfaces the solar panels are to be applied on also various.

This kind of solar energy farmer has also been mass produced anywhere in the world. There are various products of this peel and stick solar panel such as Sunflare, PowerPly, and InfinityPV. Each of those products has its own uses and applications.

Another thing that people are concerning of using solar panel is a judgement that thinks solar panels can only work when the day is bright. Thus, in places where the sky is mostly cloudy, this kind of energy generator will not be able to give its maximum potentials.

Yet another myth to be debunked immediately since this one topic is also the concern of the scientists to work on. Yes, the scientists are developing a kind of solar panel which may be able to generate electricity not only when the sky is blue, but also when the raindrops fall.

“Although great achievements have been made since the discovery of various solar cells, there is still a remaining problem that the currently known solar cells can only be excited by sunlight on sunny days,” wrote the researchers working on this breakthrough in the report.

And without too much talk, the researchers committed their time and energy (some might be generated from solar panels) to find the way to debunk the myth. Not long after the first conversation about this concept, a group of researchers from Soochow University, China, succeeded to make the breakthrough.

“Our device can always generate electricity in any daytime weather. In addition, this device even provides electricity at night if there is rain,” said Baoquan Sun, one of the Chinese researchers who worked on this project.

Using the solar panels being developed by Sun and his team, people now will have less worry to use solar panels, wherever they are living on earth. In example, people living in England will now can also get the benefits from using solar energy without worrying about their cloudy sky.

“In future, we are exploring integrating these into mobile and flexible devices, such as electronic clothes. However, the output power efficiency needs to be further improved before practical application,” said Sun whose team’s work has been published in ACS Nano. 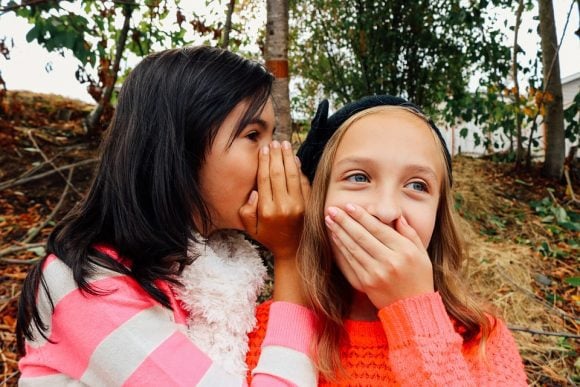 Solar energy is one of the cleanest energy in the world, no wonder that researchers are putting much efforts to develop it nowadays. On the other hand, the development of this technology is limitless, who knows that in short future we can find the combination of both features: peel and stick solar panels that can also farm energy while raining, or maybe other kinds of developments.

Looking on those advancement in solar energy farming, we might think that solar energy is the future of energy generation. However, today we still have a little problem to solve, which is ignorance and the reach of information.

We might have realized that most people all around the world are happy with the news of both improvement in solar panels. But what we have to pay attention to is whether those people have recognized the breakthrough yet or not.

In the writers’ experience, we need to access at least two pages or websites before finding the information about those innovations. Meaning that none of those great news has made a headline in any sources (even in ‘green’ websites).

Thus, in our opinion, while waiting for further advancements and innovations in solar energy generation, we should prepare a good platform for it to spread the good news. That way, when the products are ready to be mass produced, the consumers are already familiar with the innovation. Thus, we can fast forward the cut in fossil fuel consumption.