You are here: Home / The Species / Sun Bears Are Cool, And Here Is Why

When we are talking about bears, what adjectives come to your mind? Strong, fierce, or maybe fluffy? What if we describe the animal as ‘cool’, will you take it? You have to agree with us, because the bear we are going to talk about is a cool one.

Sun bear, a species of bear native to tropical forests in Southeast Asia is a ‘cool’ kind of bear. This is the smallest among eight existing species of bears, but that’s not the reason why sun bears are considered cool by researchers.

Also known as honey bear, this vulnerable animal is known as a solitary animal. However, researchers recently found that despite its solitary lifestyle, it has incredible social skill that not many other animals have.

What is this ability? Here in this article we are going to talk about it. 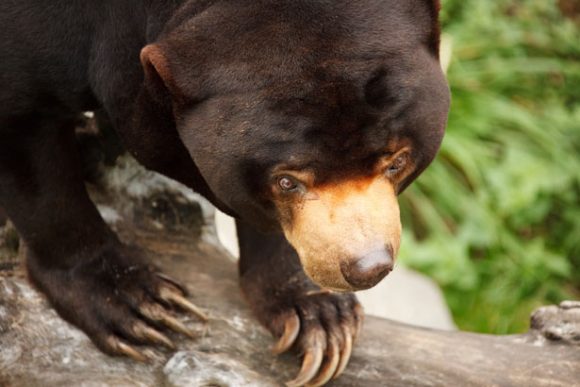 As a sign of communication, most of the time we make similar facial expression as the person we are interacting to. This ability is called facial mimicry. This is a skill that not many animals have, and human is one of those which are known to have it along with our close evolutionary cousins.

Gorillas, orangutans, two monkey species and domesticated dogs are known to have this ability. However, researchers said that only gorillas are able to show precise facial mimicry in a more complex degree compared to others.

This is the reason why this skill is considered as an elite skill. But the thing is, newest research showed that there is another animal that possesses this ability equal in complexity as gorilla. Yes, this is the animal we are talking about, the sun bear. 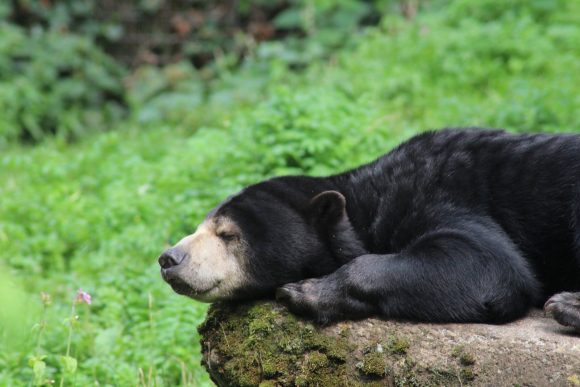 What makes this discovery more amazing is because sun bears are solitary animals. Different from gorillas and even humans, which are more social, the only time sun bears become more social is when the mating season comes.

“As wild individuals, they are living more or less by themselves. The males are quite territorial and the females are with their offspring, so it’s as close to a solitary species as it can get,” said Marina Davila-Ross, comparative psychologist at the University of Portsmouth and senior author on the study.

Sun bears have a habit of playing a grappling game with each other when they meet in the wild to train their fighting instinct. Most of the time, the grappling game is gentle and harmless. But at some moment, it can lead to a rougher play that includes hitting and biting.

In the study, the researchers collected two-year worth of footage from 22 different sun bears’ interaction with each other. From the footage, the researchers learned that most of the bears were mimicking each other’s facial expression during engagements.

Researchers are still not sure what’s the real meaning between this shift of facial expression. But they suggested that it is possibly a kind of signal to tell each other that they are ready to shift their gentle play into a rougher one. 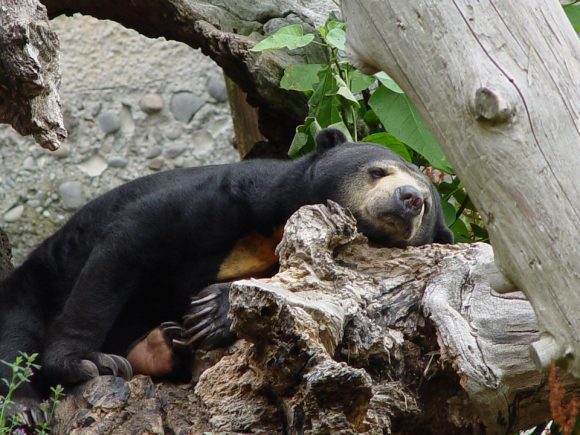 The signal that researchers observed, was their immediate response after seeing another bear shows an ‘open-mouth’ expression, jaws wide, and tongue out. The mimicking of expression is precise, as well as instantaneous, which makes it different from a mere body language.

Unfortunately, that’s still as far as the researchers could observe from the bears’ behavior. Even though there is still a high possibility that the ‘open-mouth’ expression is not the only thing they can mimic, but the researchers didn’t have enough data to find out more.

Not only that, there is a reason why researchers should worry about their further studies toward this animal. Being listed as endangered, the number of sun bears in the wild is very low.

“We can speculate a lot about the social behavior of sun bears, as it will probably be a long time before any methods are found how to ‘spy’ on them in a tropical rainforest,” said Gabriella Fredriksson, a conservation biologist and co-chair of the of the IUCN sun bear expert team. 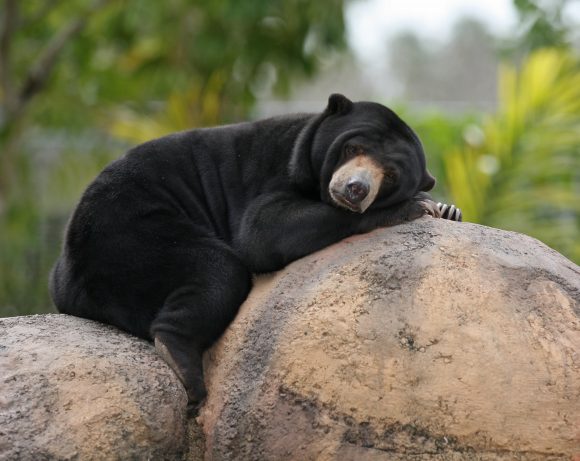 Although it seems like a simple discovery, but sun bear’s ability of mimicking each other is a breakthrough in this field. Since sun bear has no close relationship to primates, researchers are now studying the possibility of other mammals to have similar ability.

Davila-Ross herself has published a study about dogs’ ability to show more dramatic facial expression when they know we are looking at them. Dogs have been man’s best friend for a long time, so it is no wonder that they begin to adapt their communication pattern into something that (they hope) we understand.

But sun bears are wild and solitary animals, which make their sophisticated social ability to mimic each other’s facial expression during grappling play much more mysterious. “We see so much potential here in these animals to learn more,” said Davila-Ross.

Davila-Ross said that she is planning to find similar ability in other solitary wild animals such as tigers and leopards. “It seems likely that other species also have these abilities,” said Davila-Ross. “Knowing more can help us increase their chances of survival.”

In addition, she also plans on understanding whether the facial mimicry also conveys each other’s feelings. If it does, then it would be a bigger breakthrough in the field of study. It can even lead to a better understanding in evolution and adaptation process.

Do Elephants Really Think We Are Cute And Harmless?

These Dolphins Miss Us So Much During Coronavirus Lockdown