You are here: Home / Eureka Green / The Ancient Method Of Green Farming: Silvopasture

Farming in this modern day is often associated with global warming and climate change. Some farming technologies indeed can cause the conditions worsen, because those technologies are polluting the earth with hazardous chemicals or greenhouse gasses.

This method has been used to raise cattle since roman age, and was a trend in farming until 20th century in Central Europe. Yep, and after the 20th century everything changed by modernization all over the world, making this legendary technique almost forgotten.

“Imagine tall trees, like 40-metre tall walnuts, putting down leaves, letting light through, drawing up water. Below them, cork oaks giving shade, and a line of citrus and olive trees; and then imagine vines climbing the trees,” said Alfredo Cunhal, an agricultural scientist and the owner of Herdade do Freixo do Meio farm.

So, what is actually silvopasture, and how to implement it in this modern world? Here in this article we are going to talk about it. 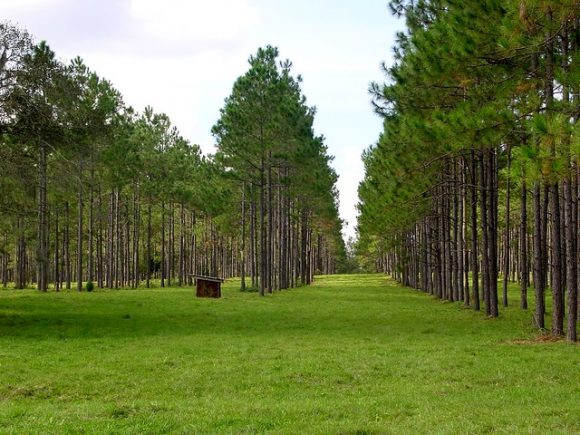 Many farmers have practiced this method, and in recent years, it has gained back its popularity. The reason is no other than our long-term war with climate change. Many said that silvopasture is the key to fight climate change without starving ourselves to death first.

So, before going deep, we have to know what we are going to talk about first. Silvopasture is a method of farming in which animals are set free in a specific type of pasture. This pasture is different from typical farmlands, because it is full of trees.

That’s the simple explanation about it. Silvopasture is a practice of integrating forage, grazing, trees, and cattle in one place. Together, they form a small ecosystem where every single part of it is benefitted by each other.

When managed properly, silvopasture can increase overall productivity. The reason is because the presence of symbiosis between all living organisms in it. It can also increase overall income due to the production of tree crops, forage, and livestock in one stop.

Unlike unmanaged grazing in woodlands, silvopasture doesn’t have known negative environmental consequences. Instead, it might bring back the balance in ecosystem that once has lost to the modern farmlands. 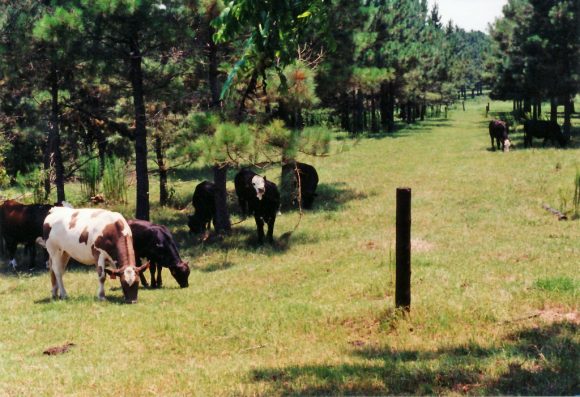 So, what are the real benefits of silvopasture compared to conventional farmland? First, it increases farmland utilization. Farmers can produce multiple products in just one place, and since it is a small habitat for the organisms, the plants and animals would be healthier.

The trees provide shade for livestocks, as well as wind protection. It can increase their comfort which then boost their production. Some trees can even provide alternative foods for the animals, like fruit or nuts, and gives them extra nutrition.

“The fruit and nuts will provide the food for the pigs, chickens, cows and other animals who graze there,” he said as quoted from The Guardian. “It offers resilience against fires and global heating and it soaks up the carbon.”

The forage provided by silvopasture is healthier for the animals too, because it has higher nutritional quality compared to non-silvopasture forage. It also increases the forage availability especially in drought because shades and trees and water uptake from their roots is increased.

Well, for the farmer itself, should we mention the benefits of silvopasture? They have livestock and plant produce in one place that they can sell during harvest season. And all of the produce is healthier than usual. Just extra. 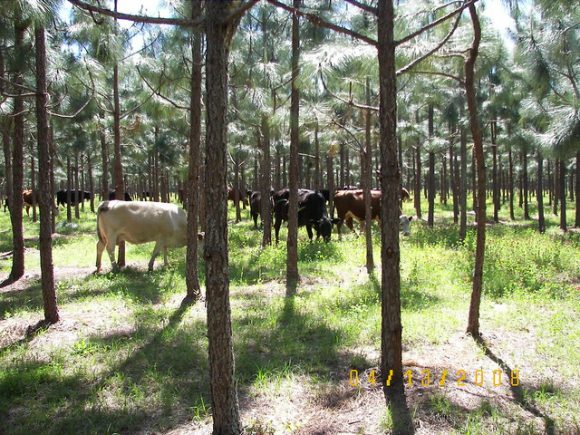 So, how to make a silvopasture in your own farm? Simply just integrate trees into your pasture, preferably beneficial trees that can produce fruits or nuts. There is nothing too difficult to do because even ancient people had done it.

For some tips, the trees that you might want to plant are the ones that can become productive quicker. Trees can take years before they become productive, and as long as those trees are growing, you need to pay special attention indeed.

It is common sense that at first planting trees might seem impossible because cattle cannot differ between grass, that they are allowed to graze, and young trees. Try to protect the young trees with some kind of fences so that their growth is not disturbed by the cattle.

If you think that’s too difficult for you, you can try another way around: integrating pasture to woodland. Especially if you own a patch of woodland, you might want to try this method. You just need to thin in to increase light infiltration.

Cut down some trees and bushes that make the place too crowded and then plant some pasture grasses for your cattle. The woods can also be used for the fence or you might want to make it into firewood, it’s your choice. 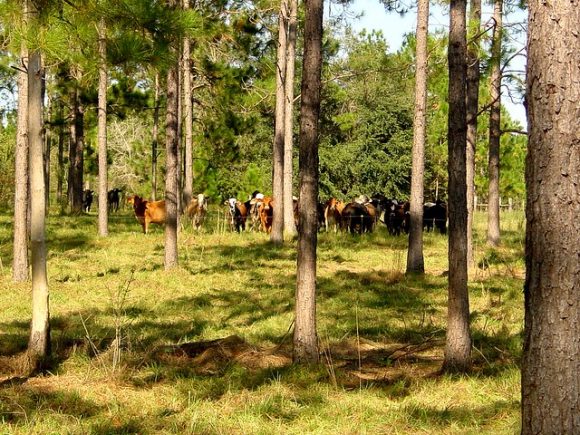 So, there are so many benefits of silvopasture compared to conventional pasture. It can mitigate global warming if applied globally, and it can produce healthier farm products that can help us to fulfill the demand for more food in the future.

With silvopasture, we can plant more trees with ease, and absorb more carbon from the air. With more trees, we will also get cooler air and less dust from the pasture, which will be a good thing to consider for you who have babies or children.

Even the animals will feel more comfortable too with the shades, temperature, presence of trees in overall, and the cleanliness of the environment. It will result in higher quality products. Simply silvopasture is an upgrade of conventional farming, even though this is an ancient method.

If you are a farmer, and want to help this earth by ‘simply’ boosting the productivity of your farm, why don’t you try this method?