You are here: Home / Eureka Green / The Story Of Wang Enlin Who Educated Himself For Environment

Wise men said that it is never too late to learn something new. Other said that our ability to learn is the biggest weapon humankind have to survive in this world. Wang Enlin is a man that has proven both of those wise words true.

Wang Enlin is an example of modern days warrior. He didn’t give up on circumstances and chose to get up stronger to win the fight. It made more incredible story that the war he was fighting in was something like David versus Goliath.

This is an inspirational story that went viral a couple years ago, but somehow many things happened and drowned the story. In this period of time where we are forced to learn new things because we have more time at home during coronavirus pandemic, some of us might want to replicate Enlin’s motivation.

Here is an inspirational story which was booming in 2017, that might still be able to inspire each one of us. 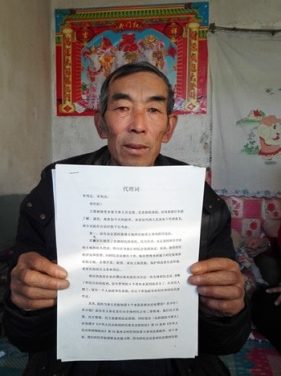 Talking about this story, we think we should start from knowing who is Wang Enlin. He is a man from Yushutun village in China, living everyday lives as a farmer. Farming was his first-choice job since it was a family tradition.

Other than living a family tradition, he only attended school up to third grade, thus he didn’t qualify for many jobs requiring higher grade of education. When he was 10 years old, he decided to leave school because he wanted to help his family working in fields.

But his spirit in learning didn’t stop there, because he continued to read books in his spare time. Not only it showed his determination to make himself better, it also showed that he didn’t want to surrender to any limitation he faced.

His spirit apparently was the thing that he needed when a huge problem came into his life. His farm no longer produced healthy crops because the land was contaminated with something. After investigating the cause, he found out that it was caused by pollution from nearby chemical company.

The company was Qihua Chemical Group (also known as Heilongjiang Haohua Chemical). It is a giant company with an asset exceeding two billion yuan (around $300 million), and fully backed up by Chinese government at that time.

Breaking Down The Problem 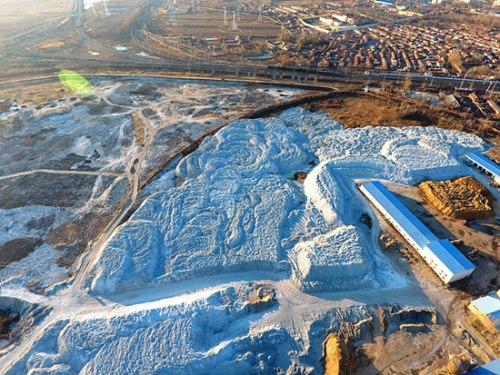 This David versus Goliath saga started in 2001 when Enlin first discovered that something had happened to his house. The man said that he witnessed his house suddenly being flooded by toxic waste discharged by Qihua Chemical Group.

As stated in Daily Mail, it was at the eve of Lunar New Year. Enlin and his neighbor were playing cards and make dumplings to celebrate the special occasions when wastewater with ‘funny smell’ suddenly got into their houses.

He then checked to his farmland, and discovered that the same dirty water has flooded his field. Angrily, he tracked down the source and found out that it was sourced from one of Qihua Chemical Group’s company nearby.

It was a disaster for the whole village, because most of them were farmers who relied heavily on their farmlands to live. According to an official report by China government, it was claimed that any affected farmland was too polluted that it couldn’t be used for a long time.

It was said that the company produced around 15,000 to 20,000 tons of chemical waste every year. That’s the problem that Enlin and his fellow farmers had to face since that day, in addition to inability to continue their normal life as farmers. 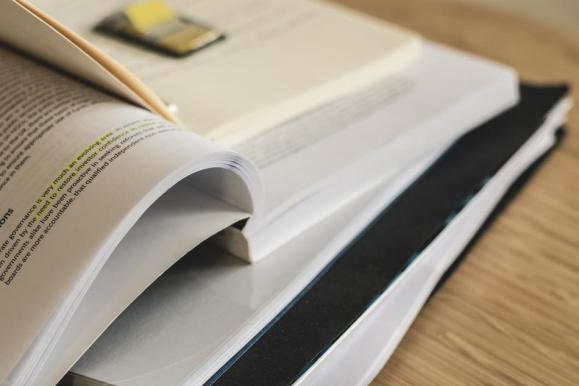 If such thing happened to you, there are two options that you most likely choose. First is to sue the company and get some compensation for your loss, and second is just to give in to the condition and accept your fate.

Imagine choosing the first option when you are just a third-grade dropout, and you don’t have enough money to hire any lawyer to fight for you in court. This is the reason why this is a story about David versus Goliath.

He wrote a letter to Land Resources Bureau of Qiqihar, but at no avail because the bureau asked for concrete evidence that was too hard to provide. “I knew I was in the right, but I did not know what law the other party had broken or whether or not there was evidence,” Enlin said.

He chose the hard way by educating himself with the time he had, because he basically had nothing to do anymore after his farmland was flooded by toxic chemical. For the next 16 years, he studied law to bring this case into court effectively.

Wang Enlin borrowed a dozen of law books, some were written in foreign language, from local book store. To study the ones with foreign language, he also brought dictionary to the book store so that he could understand how to win the case using tactics based on other cases happened in other countries.

How It Finally Settled? 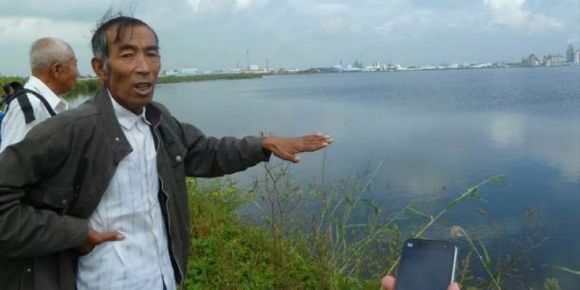 From information he collected, he finally found a way to get Chinese law firm specialized in fighting pollution-related cases to support him in 2007. The law firm provided Wang Enlin and his fellow farmers free legal advice, including a support to file petition to the court.

The fight continued, and finally in 2015 (8 years after the petition was made) this case began to be processed. The process itself required 2 years to finally come to a conclusion, meaning it required 16 years since that Lunar New Year eve when Wang Enlin played card and made dumplings with his neighbors.

16 years was enough time for the warriors to collect evidences and learn environmental laws in order to win the case. Angangxi District Court of Qiqihar decided that people in Yushutun village should receive compensations amounting 820,000 yuan (around $125,000).

From this story, we can see how even a giant company that does something bad to the environment can be beaten by a single determined man. Nowadays, we find so many destructive practices done by irresponsible companies. Why don’t we start to educate ourselves and become another Wang Enlin?